Milligan professor to lecture on Maximus the Confessor 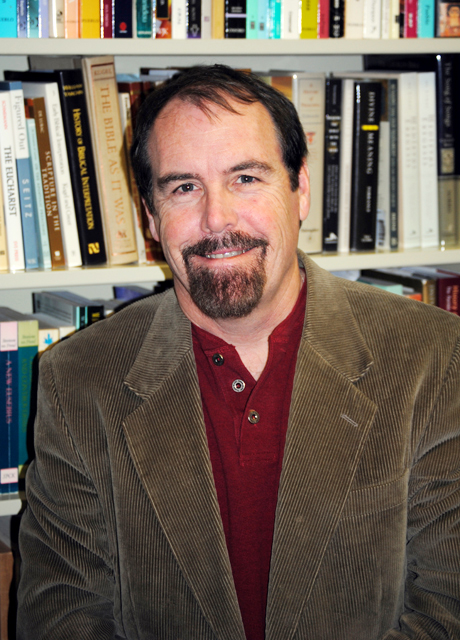 MILLIGAN COLLEGE, Tenn. (Nov. 1, 2016) – A Milligan College seminary professor will present his research on the theologian Maximus the Confessor, whom many consider to be one of the greatest in the Eastern Christian (Orthodox) tradition.

Dr. Paul Blowers, the Dean E. Walker Professor of Church History at Emmanuel Christian Seminary at Milligan, will deliver a lecture “Maximus the Confessor on the Humanity of Jesus” on Thursday, Nov. 10, at 6 p.m. in Wilson Auditorium. The event is free and open to the public.

Blowers published a book last spring that shed new light on this iconic figure, who was famous for defending the idea that Jesus wasn’t just a divinely manipulated puppet but exercised his own fully-human will in obedience to the Father.

The book, “Maximus the Confessor: Jesus Christ and the Transfiguration of the World” (Christian Theology in Context), is on sale at Amazon.com and the Milligan Bookstore, 800.446.4045.

“My own interest in Maximus goes way back to my seminary days,” said Blowers, who is a 1977 graduate of Milligan College and holds a Master of Divinity from Emmanuel. “He was a critically important figure in the last stages of the early Christian controversies over the person of Jesus Christ, regarding both his divinity and humanity.”

This is the third book Blowers has written on Maximus. His doctoral dissertation at the University of Notre Dame, which was published in 1991, focused on Maximus’ role as a biblical interpreter. In 2003, he published a translation of some of Maximus’ works.

“This latest book deals with Maximus’ theology in its historical context and examines how it influenced later Christian thought,” said Blowers, who joined Emmanuel’s faculty in 1989 and is a scholar of patristics and early Christianity, as well as the Stone-Campbell heritage.

Blowers also earned a Master of Arts and Doctor of Philosophy from the University of Notre Dame. He has been active in Milligan’s theatre area over the years, starring in many productions.