Schmalzried to speak at Milligan commencement 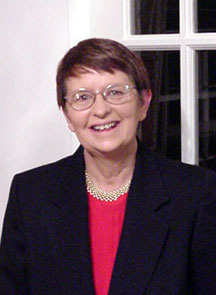 As part of ceremony the college will honor Dave Taylor, director of food service, and Gary Wallace, Ph.D., professor of biology, with the Fide et Amore award in recognition of their faith, love and service to the college.

Recent accomplishments include a Lifetime Achievement Award by the National Association for Family Child Care (NAFCC) for her career and accomplishments in early childhood education; national press regarding a study entitled, “We Can Do Better: NACCRRA’s Ranking of State Child Care Center Standards and Oversight,” for which she served as the principle author; and an appointment as a research fellow with Research Connections, a subsidiary of the National Center for Children in Poverty.

Schmalzried, who also serves as director of teacher certification at Milligan, holds a master’s degree from Kansas State University and a Ph.D. from Florida State University.

A complete schedule of graduation weekend activities is available online atwww.milligan.edu/commencement or by calling 423.461.8681.