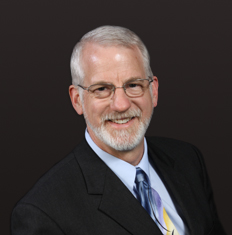 Professor of World Mission and New Testament; Director of the Master of Arts in Christian Ministries Program - Emmanuel Christian Seminary

Dr. Sweeney joined the faculty at Emmanuel in 2006. He grew up in Colorado and earned his undergraduate degree from Northwest Christian University in 1980. He came to Emmanuel as a student in 1982 with his wife, Linda, traveling from Oregon to Tennessee (via Yorktown, Virginia) by bicycle. He graduated with his M.Div. from Emmanuel in 1985. During his program, he took a class on Bible Translation from Dr. Charles Taber who encouraged him to pursue a career in Bible translation. He received his Ph.D. in biblical studies from Union Theological Seminary in Virginia in 1989 and completed further graduate studies in linguistics at the University of Texas in Arlington.

Having served as the President of Emmanuel from 2009-2014, Dr. Sweeney has returned to the faculty as Professor of World Mission and New Testament. He brings a passion for global evangelism and cross-cultural ministry. He also serves as the Director of Emmanuel’s Master of Arts in Christian Ministries degree program. The Sweeneys have two grown sons, Christopher and Ryan, and are members of Grandview Christian Church in Johnson City, Tennessee.