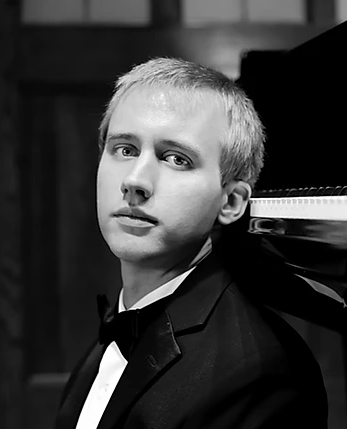 Pianist David Brickle is an emerging performer and educator based in Tallahassee, Florida. Currently, David is serving as Adjunct Professor of Piano at Wallace Community College in Dothan, Alabama. He is also a candidate for the Doctor of Music degree in piano performance, studying with Dr. Read Gainsford, and a certificate of Specialized Studies in Pedagogy of Music Theory at Florida State University. He holds a Master of Music degree in piano performance from FSU where he also taught secondary applied piano lessons to both graduate and undergraduate students as a Graduate Assistant in Teaching for the FSU College of Music. David also holds a Bachelor of Music degree in piano performance from the University of South Carolina where he studied with Dr. Marina Lomazov. In addition to his current studies at FSU, David serves as a Graduate Assistant for the Office of the Dean of the College of Arts & Sciences.

As a pianist, David has performed widely throughout the United States and also internationally in Spain. He has appeared on a number of ETV Radio performances for the show “On the Keys” and as guest artist in numerous concert series including the Lander University Emerging Keyboard Artist Series, the Festival of Keys, the Southern Exposure Concert Series, The Wallace Community College International Artist Series, and the South Carolina Governor’s School Discovery Summer Music Program. He has also performed as a concerto soloist with the Anderson Symphony Orchestra and as a guest keyboardist for the Chautauqua Music School Festival Orchestra. After winning first prize in the South Carolina MTNA competition two years in a row and receiving honorable mention at the southeastern division level, David has also twice been a finalist at the Chautauqua International Piano Competition. He performed in “The Best of Young Artists Chamber Music Concert” at the Roundtop Festival Institute after being selected as a winner during their annual chamber music competition in 2017.  Most recently, he was selected as the winner of the Chapman/Neesen competition within the FSU graduate piano program. He and his wife, Marianna Brickle, have collaborated in many concerts and recitals across the United States as a violin and piano duo for the past five years.

As a teacher committed to education in the community, David has served as a music educator and collaborative pianist for ten years. During the summer, he serves on the faculty of the Blue Lake Fine Arts Camp in Twin Lake, Michigan. For the past four years, he has also served on the faculty of the FSU Summer Piano Institute and Piano Camp teaching individual piano lessons and piano literature classes, coordinating and coaching the duo piano program, and leading a masterclass. He has appeared as a pianist and lecturer for other community organizations such as Classical Conversations, as a piano instructor for the Chautauqua Music Festival Open Enrollment program, and for two years as a piano instructor for the Thomasville Road Academy of the Arts in Tallahassee, Florida. David has also volunteered performances in several benefit concerts for both cancer treatment and literacy associations in his home state of South Carolina.