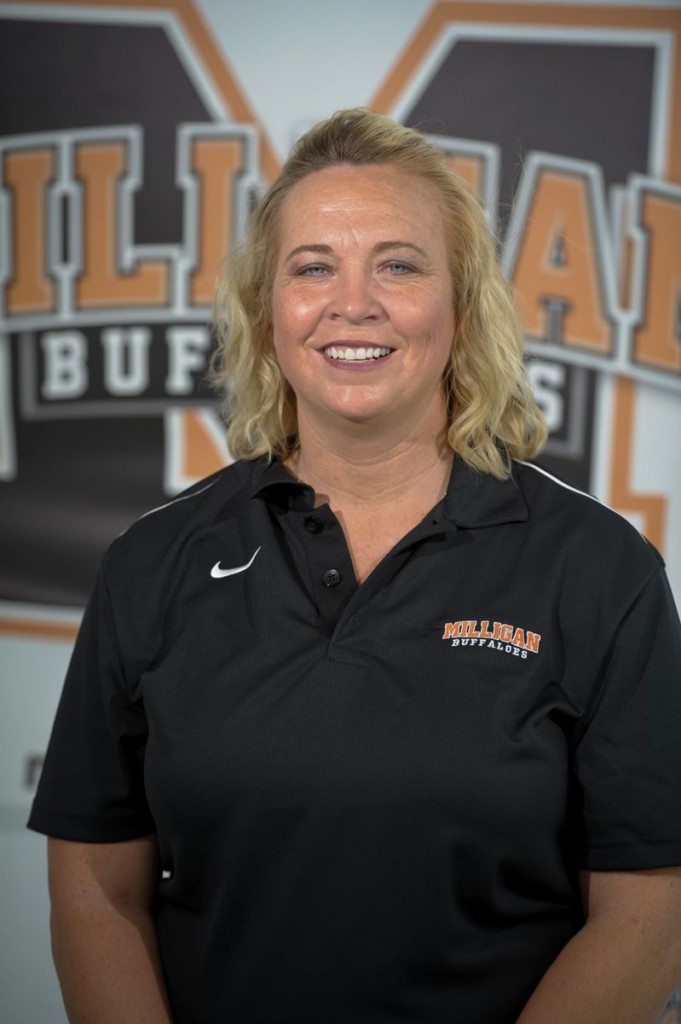 Doneva Bays began her sixth season (2013-14) at the helm of the Milligan women’s volleyball program after taking over the program’s reigns before the 2008 season. In 2014, Bays was assigned a startup men’s program which competed as a club team for its first season. In 2013, the Milligan women’s volleyball team got off to a slow start, losing its first seven matches before turning around to win 15 of its last 30. The Buffaloes (15-22 overall) finished 10-10 in the AAC and bowed out in the first round of the conference tournament.The 2012 season saw the Buffs win their first seven AAC games and finish with a 19-15 overall record. In Bays’ fourth season (2010), she led the Buffaloes to the championship match of the AAC tournament, but they fell in a five-set heartbreaker to Union College. Their run in the tournament capped off a 27-14 (10-4 AAC) season. During the season, Milligan had numerous players honored with weekly AAC awards and saw setter Chelsea Spivey be named to the NAIA Tachikara-NAIA Volleyball All-American team as an honorable mention, only the third such honor for the Buffaloes program. The Buffaloes recorded the first 20 win season in eight seasons.The previous two seasons saw Milligan steadily improve under the direction of Bays as they recorded a 16-19 record in 2009 and a 14-21 record in 2008. Both seasons saw the Buffaloes win the conference Champions of Character award.Bays came to Milligan with a rich understanding of the college as she excelled in the Milligan athletic program, lettering with the Buffaloes in volleyball and basketball. Bays was a member of the 1996 volleyball team which was ranked as high as No. 15 nationally and earned a berth to the NAIA national tournament.With the Milligan volleyball team, Bays was honored as a member of the All-Conference, All-Region, and All-American teams. She also was selected as the Tennessee Valley Athletic conference and the Mid-South Region Player of the Year. In basketball, Bays posted over 1,000 points in the Milligan uniform and was a pivotal part of Coach Rich Aubrey’s squad that finished No. 16 at the NAIA national tournament in Angola, Ind.Previous coaching experience came at NCAA Division I Coastal Carolina University (S.C.) and Georgetown College (Ky.). With Georgetown, Bays was a part of the Tigers elite eight season and helped the team set a school record of 40-5. Georgetown reached a ranking as high as No. 4 in the nation.Bays also served as head coach of the Coast Volleyball Club in San Diego, Calif., which was under the direction of volleyball great Mary Jo Peppler. Bays started her coaching career as a graduate assistant for East Tennessee State University. Before coming to back to Milligan, Bays served as assistant director of recreation for Scott County (Va.) Parks and Recreation.Bays’ holds a Bachelor of Science degree in physical education from Milligan College and has completed all coursework for her Master’s in sports science from East Tennessee State University. She resides in Gate City, Va., with her daughter Makayla.