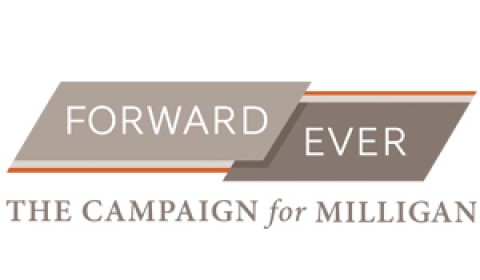 Forward Ever: The Campaign for Milligan

Join us as we seek to improve Milligan’s physical infrastructure, add new academic and spiritual programs and continue moving Forward Ever! 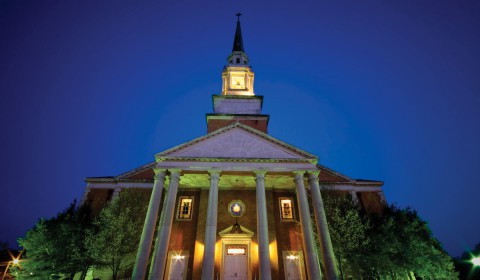 Your support makes a difference! By giving to Milligan, you have an impact on our students and become a valued partner in our ministry.

The President's Report is an annual overview of Milligan's progress, achievements, and financial well-being.

Milligan is committed to the mission of educating men and women for lives of service. Whether they work as teachers or doctors, preachers or business people, lawyers or artists, Milligan graduates carry their faith into the workplace, church, and community, living out Milligan’s vision of Changing Lives and Shaping Culture.

Your support makes a difference! By giving to the Milligan Fund, establishing or supporting specific scholarships, or making a gift to the endowment, you have a direct impact upon the lives of our students, becoming a valued partner in our ministry. By including Milligan in your estate through planned giving, you leave a lasting legacy for future generations of Milligan students.

The Office of Institutional Advancement can answer any question you might have as you consider ways to support Milligan University. Contact us at 800.447.5922 or 423.461.8917, or by e-mail at advancement@milligan.edu.

We are grateful for your support!

Be a partner in changing lives and shaping culture.

Mail your tax-deductible contribution to:

The Milligan Fund, an annual $1.45 million effort to support the university, makes it possible for many of our brightest students to attend Milligan. Through its support of student scholarships, academic excellence in the classroom and library, championship athletic programs, and enlightening student life and spiritual formation programming, the Milligan Fund is an essential component to the total student experience.

Donate to the Milligan Fund »

It is preferred that the donor make a commitment over at least four years in order to assure the funding of the scholarship throughout a student’s education at Milligan. However, if the donor decides not to contribute in a given year, no award is made for the following year. After three years of having no gifts contributed for the scholarship, the scholarship becomes inactive.

In the case of endowed scholarships, the principal is invested along with other endowed funds and only a portion of the earned income is awarded each year. The remaining earned income is reinvested so that the fund continues to grow. In advising donors regarding the amount of award they might expect their gift to produce, we typically use 5%. So, if a donor gives $25,000 for an endowed scholarship, the award will likely be $1,250.

Scholarships may be funded with immediate gifts of cash or stock or through planned gifts such as annuities, bequests, trusts, insurance, real estate, etc.

The donor may have special interests for awarding the scholarship that need to be clearly determined and stated in the scholarship agreement. In establishing a scholarship, an attempt should be made to keep criteria as simple as possible.

Endowed scholarship funds follow the standard investment policies of the university as stated in the scholarship agreement form.

We are grateful for your support!

As a friend of Milligan University, we invite you to join The Buffalo Club. As a member of this distinguished group, you are recognized as a faithful, monthly partner with Milligan University and will enjoy some special recognition throughout the year—ways that we can say thank you for your unfaltering commitment to this fine school.

Join The Buffalo Club with your Automatic Monthly Contribution

Participation in The Buffalo Club saves you valuable time and postage, while still permitting total control over your contribution. You also have the convenience of making any future adjustments you desire by contacting Milligan by phone, by mail, or accessing your account online. Deductions are made on the 5th of each month, unless otherwise noted by you, and may be made for any amount you choose.

Thank you for being an essential part of Milligan University’s vision of changing lives and shaping culture through a commitment to Christian leadership. We truly appreciate your dedication and your faithfulness to the advancement of our students and the University.

If you have any questions about The Buffalo Club, please call us at 800.447.5922 or email advancement@milligan.edu.

Enrollment in this monthly program is easy. Simply click the button below and be sure to click the “recurring gift” option on the form it opens.

Assistant to the President for Seminary Development