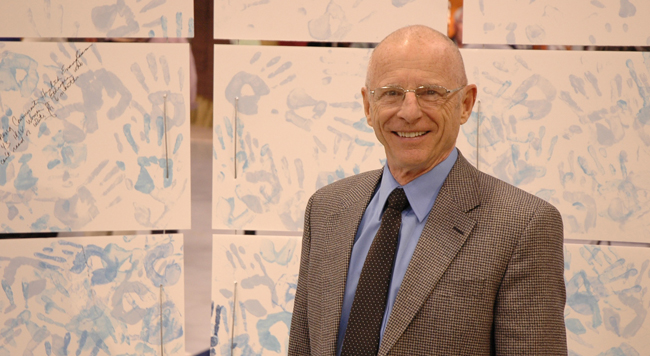 MILLIGAN COLLEGE, Tenn. (March 19, 2019) — Dr. E. LeRoy Lawson will return to Milligan’s campus to present at the college’s annual Webb Lecture Series on Tuesday, March 26, and Thursday, March 28, at 11 a.m. in the Mary B. Martin Auditorium located in Seeger Chapel. The lectures are free and open to the public.

Lawson will speak on the theme, “Where Church and Humanities Meet.” On Tuesday, he will lecture on “Good Fences Make Good Neighbors,” and his lecture on Thursday is titled “Something There Is That Doesn’t Love a Wall,” named after the opening line of Robert Frost’s poem, “Mending Wall.”

Milligan’s Webb Lecture Series is named for the late Dr. Henry and Emerald Webb. Henry was a professor of Bible at Milligan for more than 40 years.

“The Webb Lectures are a highlight for the region’s Christian Churches and Churches of Christ each year,” said Kit Dotson, director of church relations. “In addition, they are part of Milligan’s active relationship with the Stone-Campbell Movement and commitment to that heritage. We are grateful to the Webb family for their insight and generosity in making this lecture series possible.”

Lawson previously served as a faculty member at Milligan and Emmanuel Christian Seminary. During his tenure at Milligan, Lawson also held the roles of director of the humanities program, administrative assistant to the president and as a vice president. In 2014, Lawson received the Fide et Amore award, Milligan’s highest acknowledgement of service.

In addition, Lawson served as president of Hope International University in Fullerton, California, for 13 years. Since 2004, he has been an international consultant for Christian Missionary Fellowship International (CMFI) and has taught as an adjunct instructor and guest lecturer at 20 Stone-Campbell Movement colleges and universities.

Lawson holds a bachelor’s degree in theology from Northwest Christian College, a bachelor’s degree from Cascade College, a master’s degree in teaching from Reed College and a doctorate in philosophy from Vanderbilt University. He has authored 29 books and been a regular contributor to The Lookout and Christian Standard magazines. He also has served on the board of directors for CMFI, the Standard Publishing Committee, Milligan College and Provision Ministries.