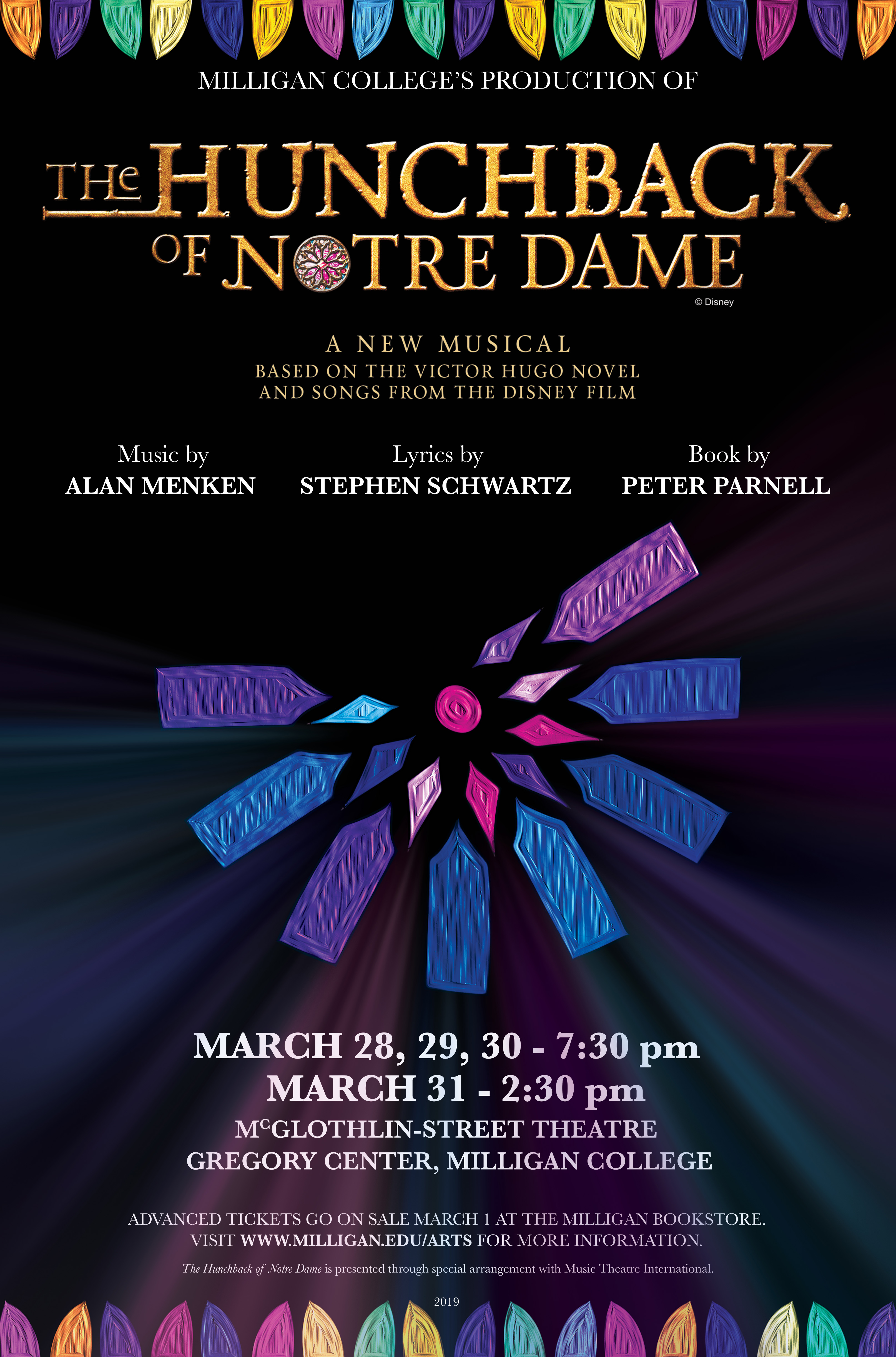 Based on the 1996 Disney film and Victor Hugo’s 1831 novel, “The Hunchback of Notre Dame” is a sweeping, grand-scale musical featuring the lyrics of Stephen Schwartz and music by Alan Menken. This classic story follows Quasimodo, the hunchbacked bell-ringer of Notre Dame, as he seeks to become a part of the outside world.

“This musical exposes the beauty and the hardships that everyone encounters in the real world,” said Dr. Carrie Klofach, assistant professor of musical theatre. “Quasimodo’s need to feel love propels him out of his only refuge, the church. Upon entering the world, he experiences both darkness and light. Audiences will be uplifted by Quasimodo’s ability to forge a path towards the light.”

“For my first production at Milligan, I am blown away by the talent of our students,” said Klofach. “Some of our lead performers are singing onstage for the first time and sound remarkable. With a large cast, our students’ many gifts will be on full display.”