In the News: Robinson engineering successful career on and off the floor 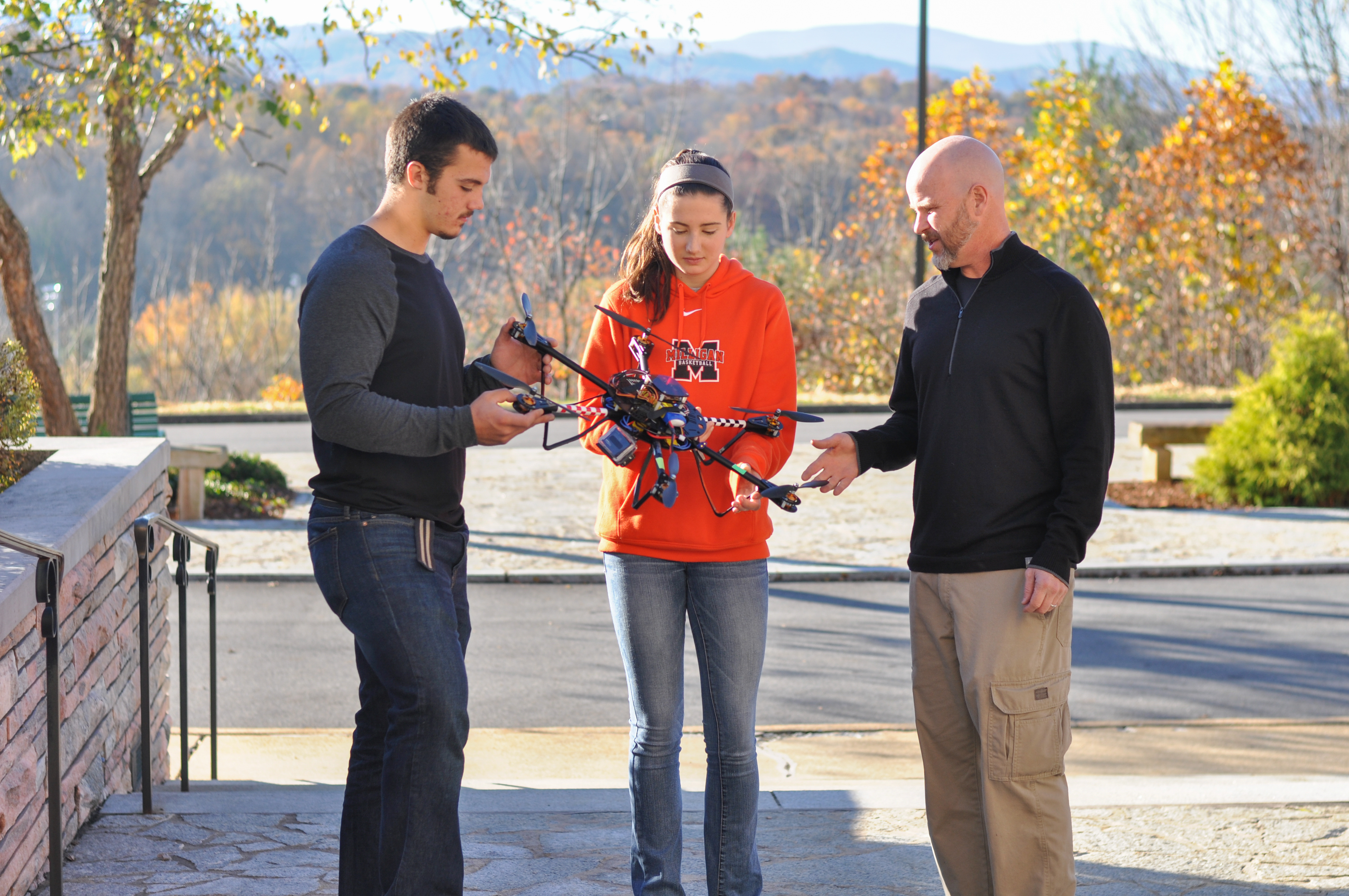 Ever since she was a small child, Sarah Robinson has enjoyed taking things apart and putting them back together.

So it should come as no surprise that Robinson spent this past winter dismantling opposing defenses while using her leadership skills to help pull together members of the Milligan women’s basketball team. Her efforts helped the Buffs advance to their second straight NAIA Division II National Tournament and earned the sophomore second-team All-American honors.

For Robinson, who won a state championship at Elizabethton High School in 2014, accolades have become commonplace. She was the Appalachian Athletic Conference freshman of the year in her first year at Milligan before being named the AAC player of the year and defensive player of the year this past season.

Still, she wasn’t even thinking about being named an All-American when her father, Milligan men’s basketball coach Bill Robinson, sent her a congratulatory text message back on March 16.

“I was pretty shocked actually,” Robinson said. “My dad texted me and said, ‘Congrats,’ and I didn’t know what he was talking about. I didn’t even know that was a possibility, so I was shocked.”

Robinson’s statistics paint a picture of a hard-working, well-rounded basketball player. She averaged 14.8 points, 9.9 rebounds, 2.4 assists, 1.5 steals and 1 block per game. But her coach, Rich Aubrey, said that numbers alone can’t come close to painting an accurate picture of just how special Robinson is.

“Sarah puts up good stats, but I don’t think statistics can tell the story of how important she is to our team,” Aubrey said.

When Aubrey speaks of Robinson, he describes a player with great talent who maximizes that gift through a relentless drive for perfection. Although Robinson, who stands 5-foot-10, is often outsized by her opponents, she almost always manages to find ways to erase any physical disadvantage she may have on a given night.

“She’s going to find a way, and that has definitely shown up in her rebounding and her growing ability to score,” Aubrey said.

Robinson’s resolve was put to the test late this past season when she sprained both feet and played through the pain to help Milligan secure a spot in the national tournament. When the training staff didn’t clear her to practice, Aubrey had to keep a close eye on Robinson to ensure his hyper-competitive sophomore stayed out of the action during practice sessions as she rested up for the next game.

Robinson was frustrated to be sidelined for the first time in her playing career, but she used the opportunity to gain a greater perspective of the game of basketball.

“Nobody likes sitting out and watching, but I did get a different perspective,” Robinson said. “I definitely looked at the game a lot differently the last couple weeks, being able to watch from the sideline and see how I fit in and how my team works together.”

That lifelong fascination with how things fit together has led Robinson to study engineering. In fact, she’s the first engineering major Aubrey has ever coached.

While Robinson’s mind is mechanically inclined, her heart is in the mission field. During a recent mission trip to Belize, Robinson found a way to blend her talents with her passion for mission work.

“This past summer we saw a family digging a well,” Robinson said. “Both parents worked all day, and then they had to come home and work on digging their well at night. Just to see how they can work for hours and hours and not make much progress at all, we don’t have to worry about that here.

“It’s just eye-opening to see how much they have to work just to get something as simple as water that we take for granted. So I always wanted to see what I could maybe do to help make things easier for people in other countries.”

And if history is any indication, that is bad news for everyone in the AAC. Because when Robinson sets her mind on something and rolls up her sleeves, she usually gets the job done.