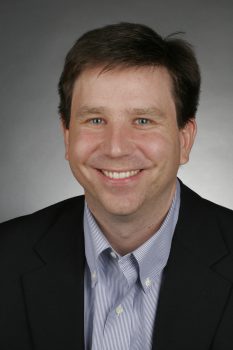 MILLIGAN COLLEGE, Tenn. (Sept. 16, 2016) — As the two presidential campaigns heat up in anticipation of Election Day, Milligan is hosting a political expert to shed some light on the psychology behind the current state of American politics.

Vanderbilt University political science professor and award-winning author Dr. Marc J. Hetherington will present his lecture “Personality, Polarization and the 2016 Election,” on Wednesday, Sept. 28, at 5:30 p.m. in Hyder Auditorium. The event is free and open to the public.

“It’s very exciting to have a scholar of national prominence present his research at Milligan, especially during this year’s presidential election,” said Dr. Amy Edmonds, assistant professor of political science and co-director of the Milligan Honors Program, which is sponsoring the event. “Marc’s research on how the personality types of voters influences the increasing polarization in America has been some of the most discussed and illuminating research in light of this year’s election. It will be important for anyone following the 2016 election and who wants a deeper understanding of partisan rhetoric and electoral trends in the U.S.”

Hetherington is the author of three scholarly books, the most recent of which, “Why Washington Won’t Work,” won the Alexander George Award from the International Society of Political Psychology as the best book in the field of political psychology published in 2015. His second book, “Authoritarianism and Polarization in American Politics,” co-authored with Jonathan Weiler, is the research basis for his Milligan lecture. In 2004, Hetherington was awarded the Emerging Scholar Award from the American Political Science Association. He holds a Ph.D. in government from the University of Texas at Austin.