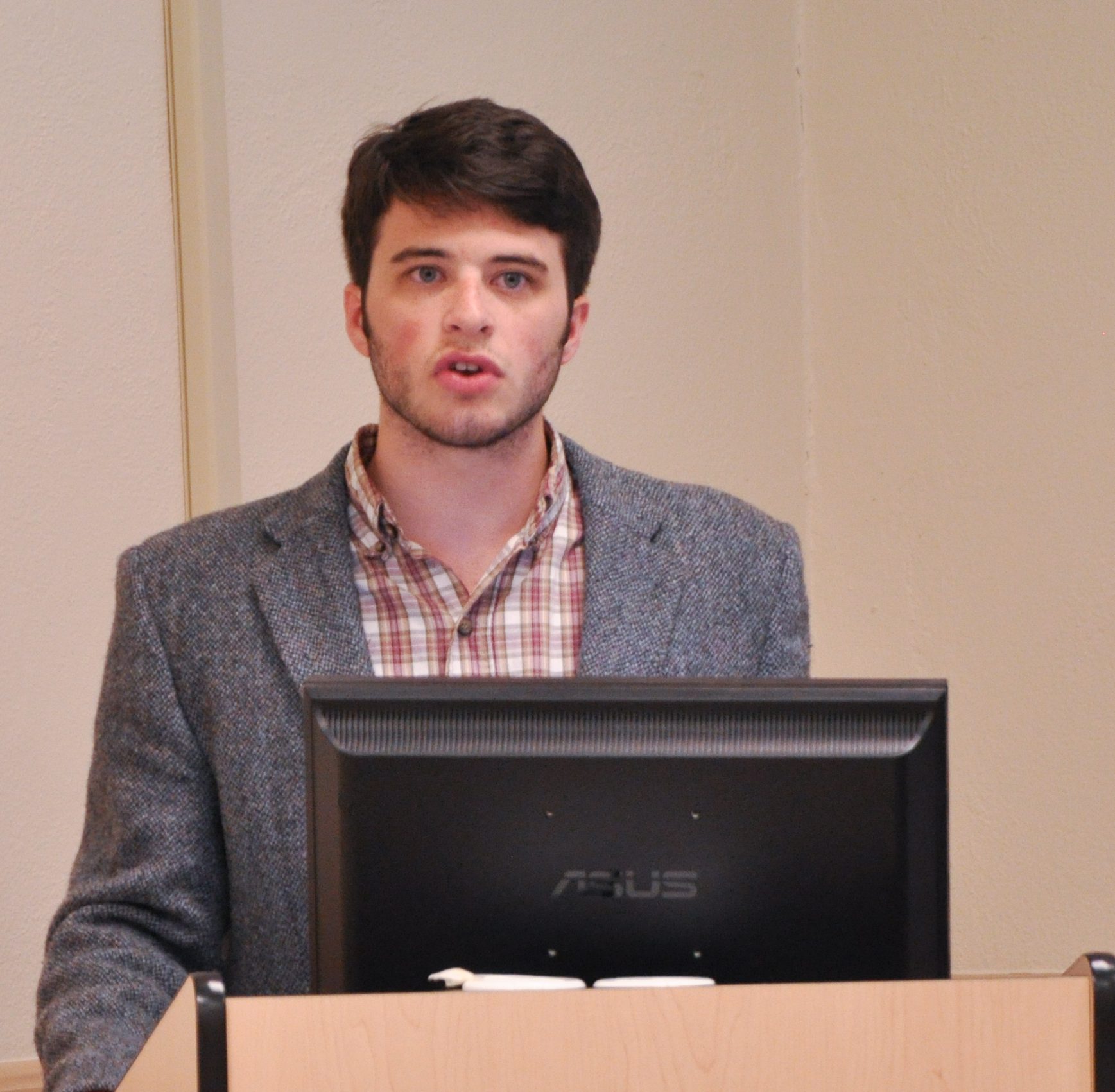 Recent Milligan graduate Nathan Cachiaras, of Fallston, Maryland, was one of 28 students who were awarded top prizes at the convention for making the best scholarly, creative or artistic presentations in their fields. He received the Clark Youngblood Prize in Philosophy & World Religion for his presentation titled “A Pacifist Imperative? Translating Luke 22:51.”

Cachiaras will be attending Emmanuel Christian Seminary at Milligan this fall to pursue a Master of Divinity. He has presented his academic work at national Alpha Chi conventions the past two years.

Rising Milligan senior Megan Fontenot, of Jonesborough, Tennessee, was one of two students who won the highest scholarship that Alpha Chi gives to undergraduate students. She received the Edwin W. Gaston Scholarship, worth $2,500, based on her paper titled “The Return of the King: Power Constructs and Cycles in ‘The Lord of the Rings.’”

Grace Gemar, of Johnson City, Tennessee, is an alternate for the Alfred H. Nolle Scholarship, worth $1,500, based on her paper titled “Patient Responsibility and Awareness: Analyzing the Benefits Versus the Costs of Prescription Antidepressants.”

“We are thrilled that several of our students received national recognition,” said Dr. Lori Mills, professor of psychology and sponsor of Tennessee Nu, Milligan’s local Alpha Chi chapter. ”This represents an important step in these students’ academic and professional careers as they share their work and attend the presentations of peers in their disciplines.”

In order to be eligible for membership into the honor society, a student’s GPA must be in the top 10 percent of the junior or senior class. Alpha Chi admits students from all academic disciplines and actively promotes academic excellence, undergraduate and graduate research, campus academic dialogue and civic engagement.

“Admittance into the college’s Alpha Chi chapter is a major accomplishment for students,” said Mills. “On top of grades, each student must be affirmed by the faculty as having good character, a core value at Milligan which encourages students to be servant leaders.”