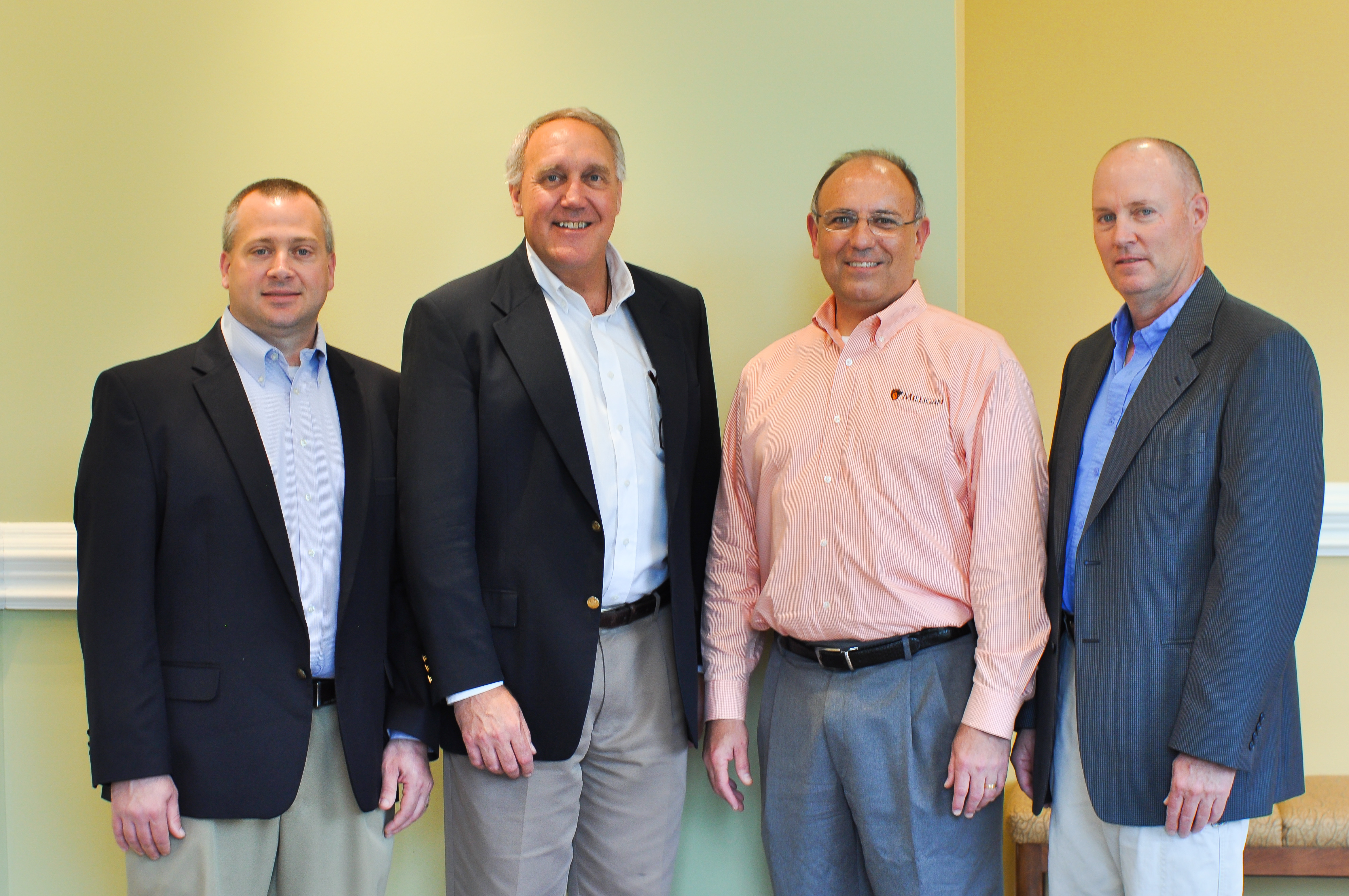 Over the course of the next year, Milligan College will give its electric, gas and water infrastructure a complete makeover.

“It will reduce our energy consumption by more than 20 percent,” President Bill Greer told incoming students on Earth Day. “In total this project will take about a year to complete and is projected to reduce our CO2 emissions by about 593 metric tons annually, equivalent to the removal of 126 cars off the road annually or the planting of 486 acres of new trees per year, according to statistics provided by Energy Systems Group, which is leading the project.”

The $3.9 million project will be funded through the college’s savings of up to $250,000 annually, in addition to over $100,000 in maintenance and repair savings, Greer said. Additional funding is being provided by Tennessee Valley Authority incentives for energy conservation, as well as by a grant from the Jessie Ball DuPont Fund.

“Work will begin immediately after commencement,” Greer said. “It will touch nearly every building on campus.”

Specifically, the improvements include replacing more than half of the campus’ HVAC equipment, renovating the P.H. Welshimer Memorial Library with new ceilings and lighting, significantly reducing water use across campus by approximately 6,722,000 gallons per year, and creating a website and central energy dashboard to monitor energy use in real time. That element will be available for public viewing.

ESG Business Development Manager Russ Nelson said the public viewing component will make it possible for students to see the environmental impact of the project and their personal energy consumption.

“ I think they’ll have more advanced campuses by being able to monitor energy use,” Nelson said. “ They’ll have a very up-to-date system and can share data. That goes a long way in helping people to realize their energy use behaviors matter.”

Greer said most buildings on campus will also have computerized HVAC controls installed with metering technology that provides live feedback of electric and water use. In addition, Nelson said Milligan maintenance staff will be alerted when energy use patterns change drastically or indicate a problem.

The research to make these improvements was based on a five year analysis of Milligan’s energy use, Greer said. The savings are predicted to cover the cost of the project over a 15 year period.

The study found a water loss problem attributed to the aged fixtures, like toilets, Nelson said.

“We should use about 7.5 million gallons each year, but we are using about double that because of inefficient fixtures,” Greer said.

He said because of this, new toilets and other fixtures will be installed as well as monitoring water usage to identify problem areas.

The project has a two-fold benefits Greer said: stewardship of God’s creation, and savings for the school.

“ One of Milligan’s underlying goals is that students gain an enriched quality of life through, among other things, the stewardship of resources,” Greer said. “ So we’re pleased that we’re able to make this investment in campus infrastructure that will significantly reduce our usage of gas, electricity, and water, which helps make us better stewards.”

CategoriesElizabethton Star
Posted by on April 25, 2016.