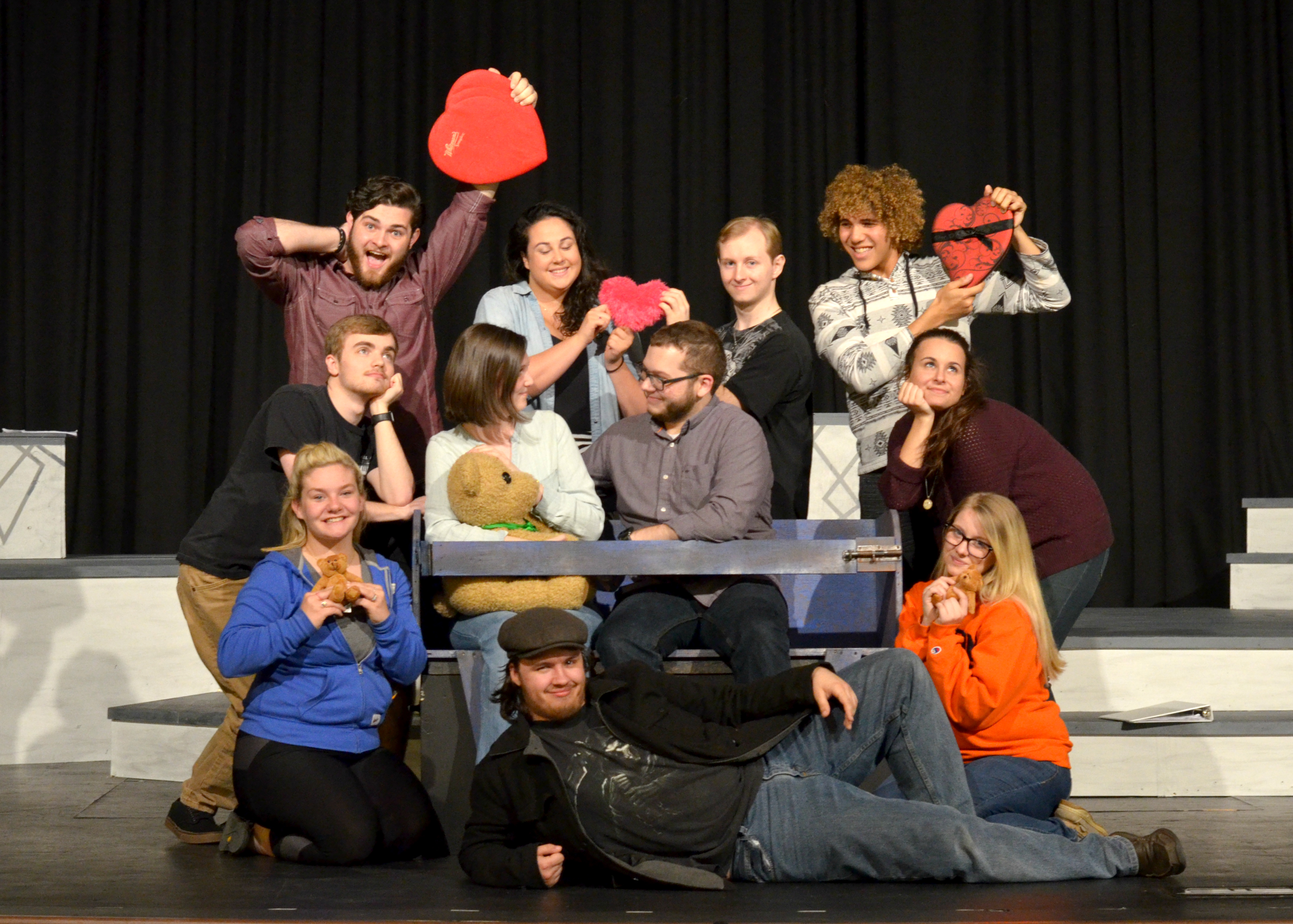 MILLIGAN COLLEGE, Tenn. (April 6, 2016) — Milligan College’s theatre department presents an original play called “STAGES,” which portrays a group of young passionate actors in search of the meaning of life. The performance will be in Milligan’s McGlothlin-Street Theatre located in the Gregory Center, April 14-16, at 7:30 p.m. The last performance will be on Sunday, April 17, at 2:30 p.m.

Junior Jeanette Hartsough, who plays a hair dresser named Karla, says that while the play addresses college-aged and millennial themes, its appeal is wide.

“’STAGES’ is funny and entertaining, but it also has a point and addresses a lot of the issues we don’t always like to talk about,” said Hartsough, who is a communications major with an emphasis in film. “The play will appeal to a cross-generational audience.”

Hartsough, of Monument, Colorado, helped co-write the ensemble piece along with 10 other actors who perform in “STAGES.” Each actor wrote pieces for his or her own character, under guidance from Richard Major, professor of theatre.

“’STAGES’ is a provocatively fresh piece of devised theatre created by an imaginative group of Milligan students,” said Major. “The story is set in an acting studio in Chicago where the students come from widely diverse walks of life to study the craft of acting. Along the way, they open their lives to one another as they explore millennial issues including addiction, abuse and pop culture.”