Milligan to ‘Light It Up Blue’ for World Autism Awareness Day 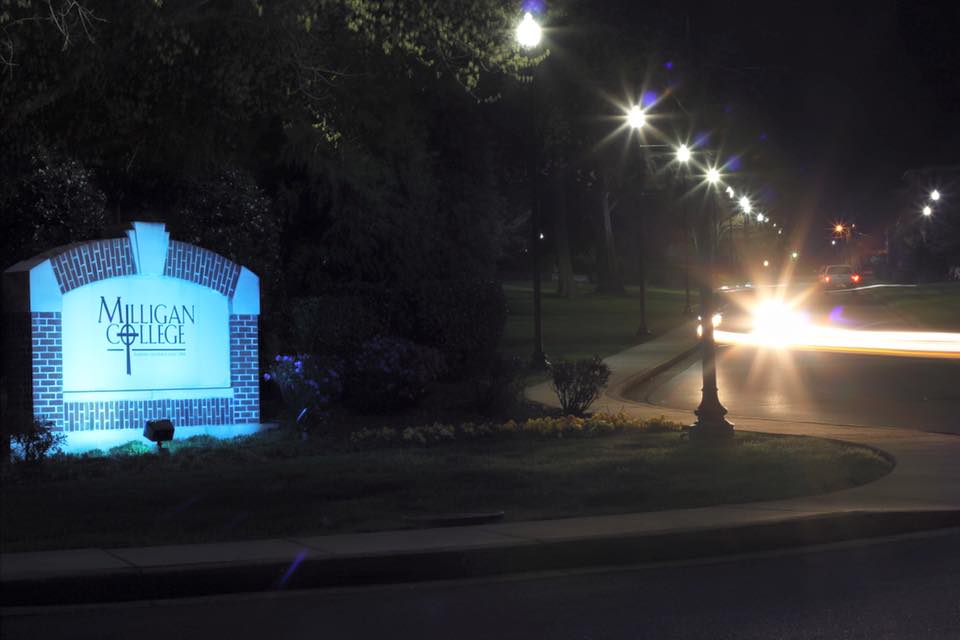 MILLIGAN COLLEGE, Tenn. (April 1, 2016) — Milligan College is proud to join others all over the world in recognizing World Autism Awareness Day on April 2, a day designated by the United Nations to help raise awareness about children with autism.

Milligan’s entrance signs will be illuminated with blue light in support of a global “Light It Up Blue” campaign that includes structures and landmarks lit blue all over the world, from sanitation trucks in New York City to the Panama Canal to the International Space Station. Milligan’s signs will be lit Friday and Saturday night.

“We are so proud to show our support for autism awareness, a condition which affects many in our community, including my nephew, who also celebrates his birthday on April 2,” said Milligan President Dr. Bill Greer. “We hope this simple gesture of illuminating our main signs blue will help build awareness and acceptance of the growing number of people who are affected by autism.”

Autism and autism spectrum disorder (ASD) are both characterized, in varying degrees, by difficulties in social interaction and communication. The U.S. Centers for Disease Control and Prevention (CDC) identify around 1 in 68 American children as on the autism spectrum—a ten-fold increase in prevalence in 40 years. Some persons with ASD excel in visual skills, music, math and art.

Milligan’s Master of Science in Occupational Therapy (M.S.O.T.) and East Tennessee State University’s Master of Science in Speech-Language Pathology are teaming up to sponsor the sixth annual “Shake It for Autism!” event on Thursday, April 14, from 6-8 p.m. in Milligan’s Steve Lacy Fieldhouse. The event will raise funds for ETSU’s Nave Language Center, which serves children with ASD. For more info, contact Milligan M.S.O.T. student Chelsea Davis at cddavis@my.milligan.edu.

Learn more about the “Light It Up Blue” campaign at www.autismspeaks.org.

CategoriesArticles
Posted by on April 1, 2016.