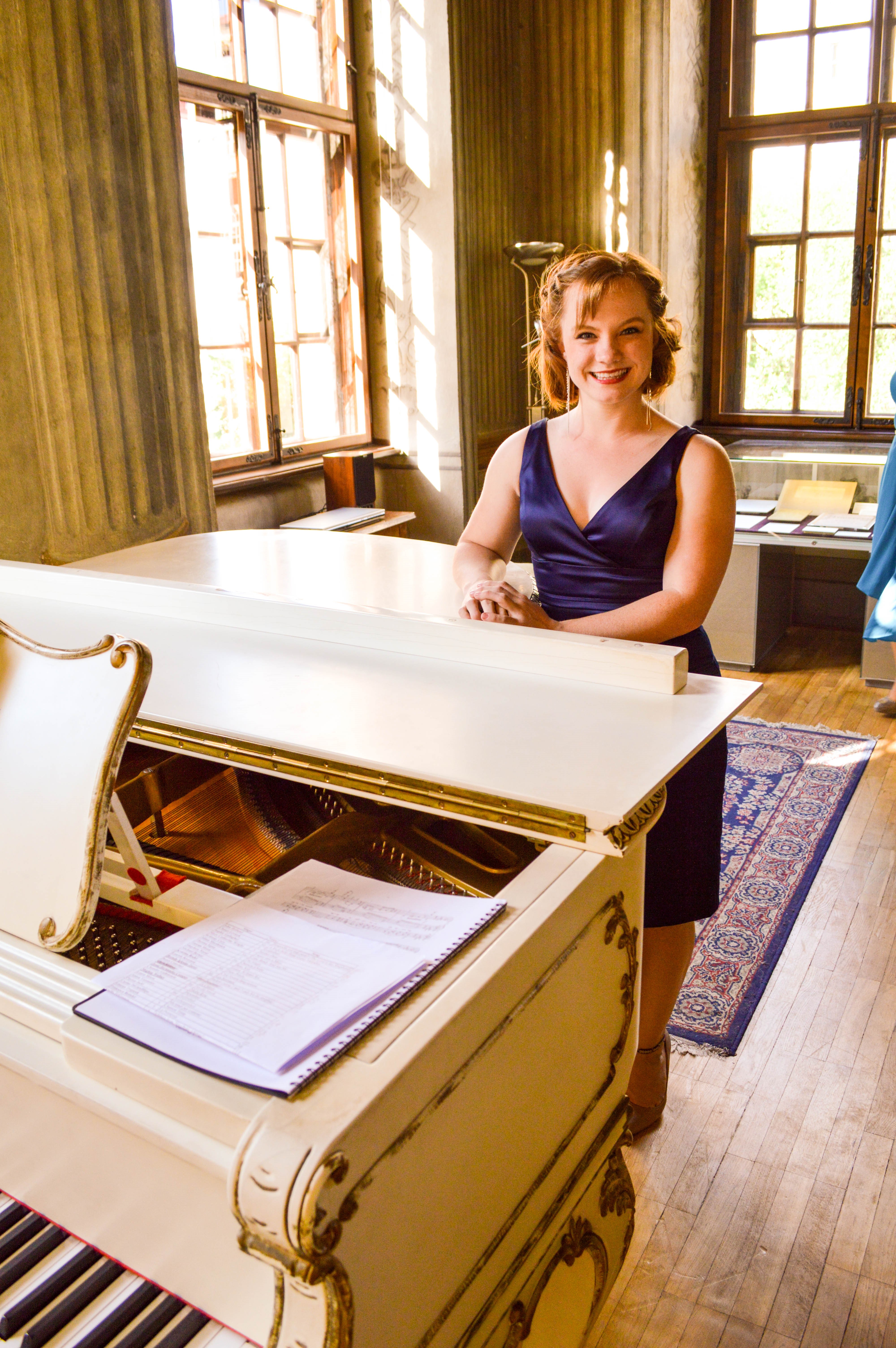 MILLIGAN COLLEGE, Tenn. (March 31, 2016) – Milligan College senior Laura Mixon will be portraying musical characters of all ages, from a precocious child to an older and wiser person, in her one-woman show, “Age Is Just a Number.”

Mixon’s show will be on Saturday, April 2, at 7:30 p.m. in Milligan’s Mary B. Martin Auditorium located in Seeger Chapel. This performance is free and open to the public.

She will be collaborating with her accompanist, Jonathan Mehl, a senior from Elizabethton, Tennessee, to create the biography of one woman’s life through a compilation of musical theatre pieces and monologues, shifting in age throughout the program from a hyperactive six-year-old to a world-worn, but determined 30-year-old woman.

“I chose the theme of age because I’ve always looked younger than I actually am,” said Mixon of Kingsport, Tennessee, who is a music performance major.

She has written the script and will be performing a wide variety of songs to portray this theme, such as “My Party Dress” from the musical “Henry & Mudge,” or “Don’t Rain on My Parade” from “Funny Girl.”

Mixon’s passion for singing was instilled by her father at a very young age. She likes for the audience to identify traits of their own personality in the performances, and Mixon believes performing is a gift which can help others deal with their emotions.

“Crying is healthy, opening up is beautiful and laughing is fun,” said Mixon. “I think those are often emotions we forget or ignore when we’re caught up in the whirlwind of daily life.”

CategoriesArticles
Tagsmusic
Posted by on March 31, 2016.