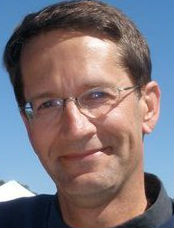 MILLIGAN COLLEGE, Tenn. (March 16, 2016) — Collard greens may seem like just another ordinary staple of Southern cuisine, but an upcoming guest speaker will dive deeper into the plant’s meaning at an event for Milligan College’s Honors Program.

Dr. Edward H. Davis, professor of cultural geography and environmental policy at Emory & Henry College, will present “The Collard Leaf: A New Flag for the South” on Tuesday, March 22, at 5:30 p.m. in Milligan’s Hyder Auditorium located in the Science Building. The event is free and open to the public.

“‘If it is true that ‘we are what we eat,’ then what does today’s ever-transforming diet of the South say about us?” said Dr. Michael Blouin, assistant professor of English and the humanities, who co-directs the Honors Program with Dr. Amy Edmonds, assistant professor of political science. “Dr. Davis draws from extensive research to discuss how Southern food carries with it a great amount of cultural baggage—from racial tensions to the endurance of regional heritage.”

Davis most recently co-authored a book on this topic titled “Collards: A Southern Tradition from Seed to Table.”

“No other food has the combination of histories we find in collards: a rich African culinary tradition married to a humble British domesticated plant,” said Davis, who has taught at Emory & Henry College since 1991. “What this has meant over the centuries may tell us much about the complicated present and future of Southern identity.”

Davis was raised in North Carolina and earned his doctorate at the University of Illinois. He has done field work in Guatemala, Great Britain, Portugal and Ghana. His main research has been on rural change in the Southern U.S.