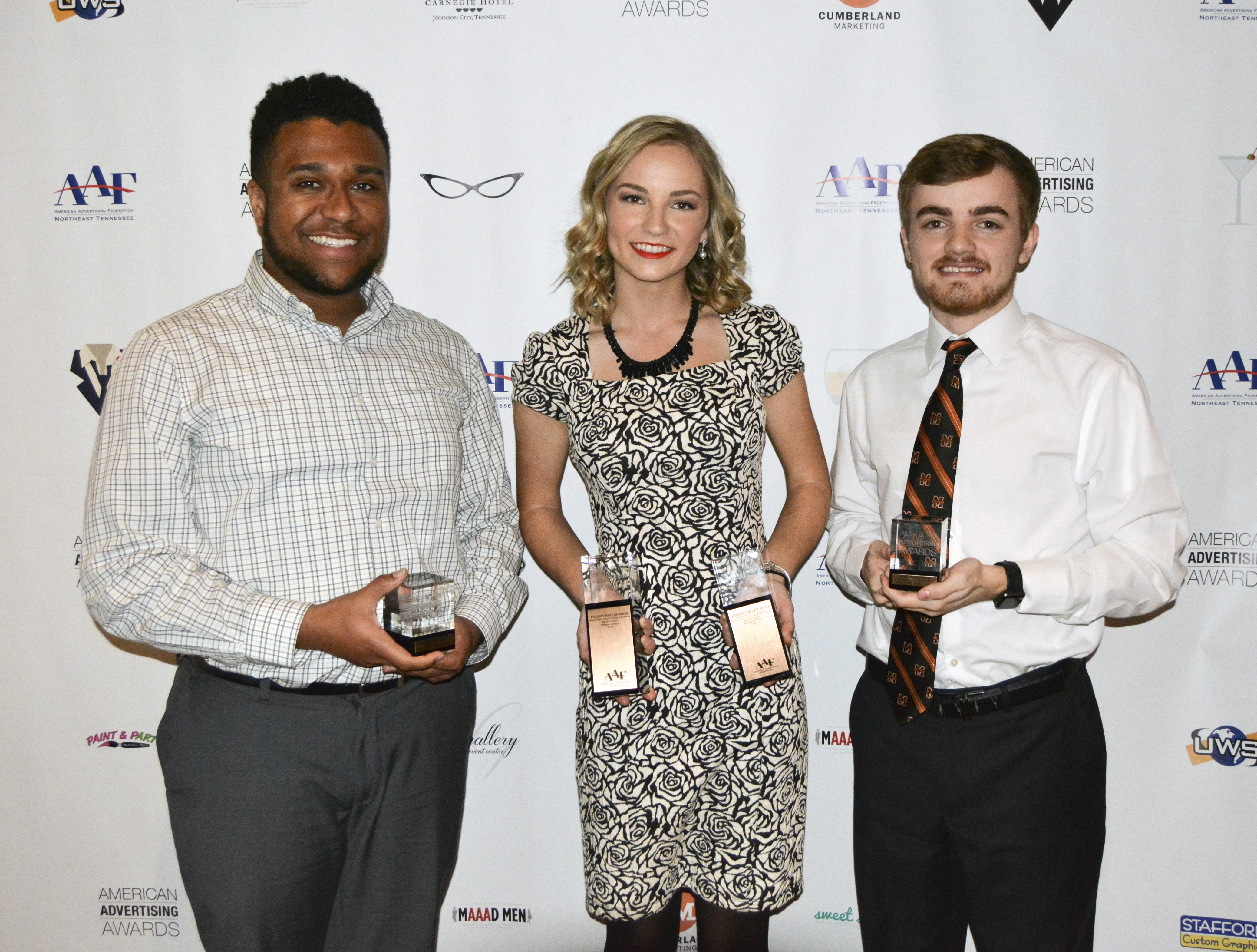 The American Advertising Awards honor the best and most creative advertising work from students and professionals in the industry. The awards are given in three levels: local, district and national. Winners in each level are qualified to compete in higher levels.

Sophomore Megan Gaylor of Knoxville, Tennessee, earned a gold ADDY for a self-promotional package design—which also won “Student Best of Show.” Gaylor is pursuing Milligan’s new graphic design major, as well as business administration. Her winning project will be entered into the district competition and will be judged against entries from Tennessee, Alabama, Georgia, Louisiana and Mississippi.

“I was speechless,” said Gaylor, about receiving the honor. “As an aspiring designer, these awards are great to be able to include on my resume, and they’ll help encourage me in my creative work.”

Gaylor’s self-promotional package was designed as a 3-D pyramid that could be left after a job interview as a calling card.

“I wanted to create something that would stand out on a potential employer’s office desk,” said Gaylor, whose unique pyramid design was inspired from a perfume package she saw. Inside the pyramid is her resume information, business card and examples of her work.

Senior Mitchell Clark, of Bristol, Virginia, won a silver ADDY for his typography poster design. He is a business major hoping to pursue a career as a music tour manager.

Junior Colton Fenner, of Mountain City, Tennessee, won a silver ADDY in the audio category for a music score written for Grace Springs Farm. He is a communications major with a concentration in digital media.

“We are so proud that our students were recognized for their high level of work,” said Art Brown, Milligan’s professor of graphic design. “We encourage our students to enter work into the competition each year because it’s a valuable experience for our students to be seen and recognized by marketing and creative professionals in our region. The success of our students further serves as a reminder about the strength of Milligan’s communications area.”