Dr. Mae Jemison to speak in Kingsport on Feb. 4 as part of Black History Month celebration 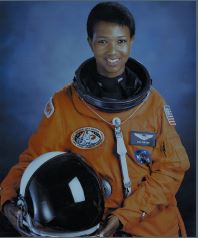 Eastman is hosting the event as part of a month-long celebration of Black History Month, honoring the traditions and contributions of African-Americans to science, technology, engineering, art and math.

From an early age, Dr. Jemison became interested in science. Combined with her desire to make a contribution to society, her scientific interests led her to serve in unique and meaningful ways. Before joining NASA as an astronaut, Jemison served as an Area Peace Corps medical officer in Sierra Leone and Liberia. While at NASA, she became the first woman of color in space. Her entrepreneurial efforts have focused on health care, energy and sustainable development.

She established The Dorothy Jemison Foundation for Excellence in honor of her mother, an educator who firmly believed that every person can and should achieve personal excellence and make a unique contribution to society. The Foundation’s efforts center on education with an emphasis on science. Its premier program, The Earth We Share International Science Camp, brings together children ages 12-16 from around the world to solve current global dilemmas. Dr. Jemison also leads 100 Year Starship (100YSS), an initiative seed funded by the Department of Defense’s Advanced Research Project Agency (DARPA) to assure that the capability for human interstellar space travel to another star is possible within the next 100 years.

“At Eastman, we have an increasingly diverse, global team of talented and dedicated people working together to innovate for the future and create a brighter tomorrow,” said Mark Cox, Eastman’s senior vice president, chief manufacturing and engineering officer. “Dr. Jemison serves not only as an inspiration, but also as a testament to the amazing things you can accomplish when you believe in possibilities and strive to achieve them.”

CategoriesArticles
TagsEastman
Posted by on January 15, 2016.