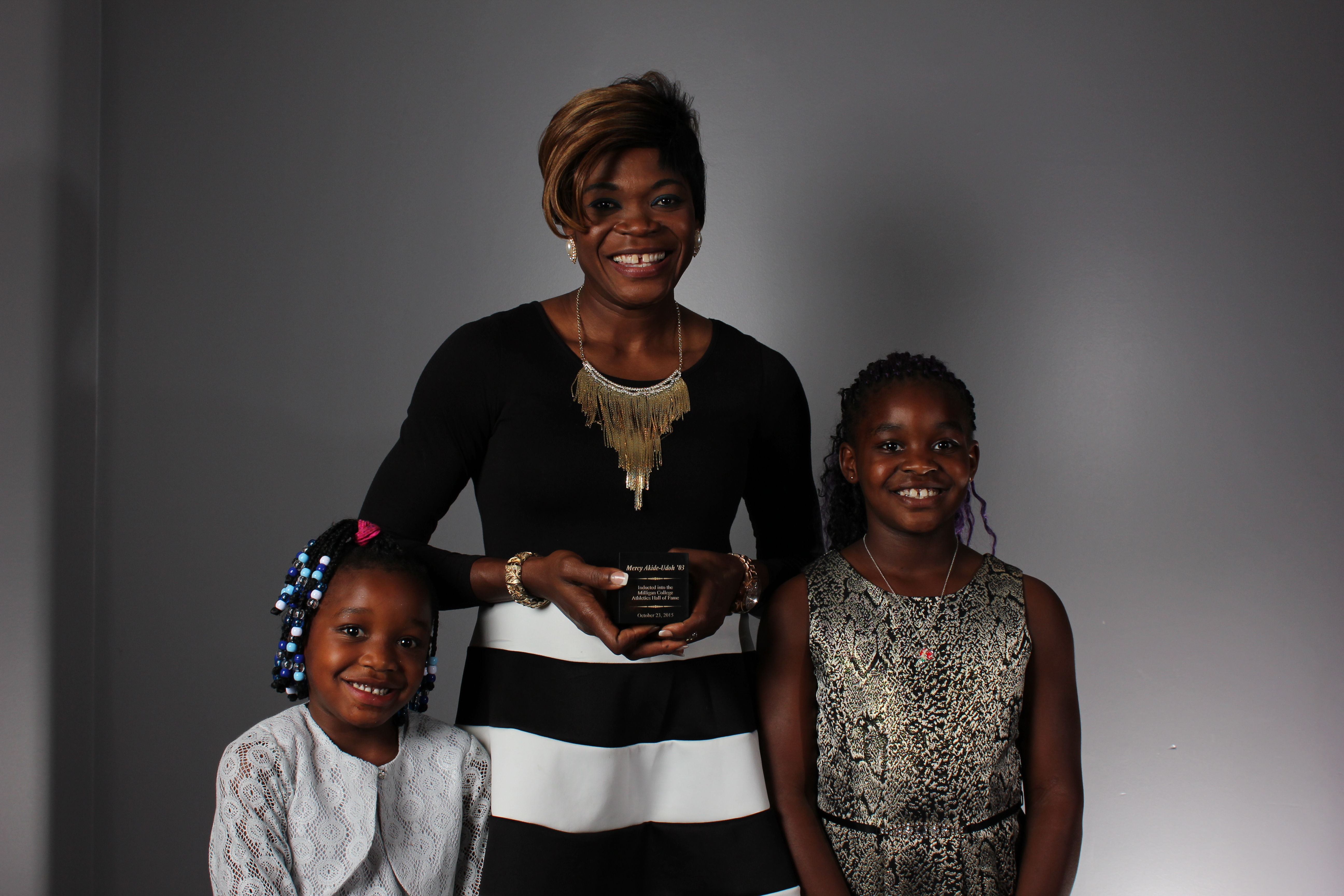 MILLIGAN COLLEGE, Tenn. (Nov. 4, 2015) – Several Milligan College alumni were honored for their service and achievements during the college’s annual “Celebrate Milligan” during Homecoming.

“These alumni have accomplished remarkable achievements in their professional careers, their communities, and their service and dedication to Milligan,” said President Dr. Bill Greer. “They are shining examples of Milligan’s mission to create servant leaders who make a difference in their world.”

The college inducted two former soccer players into Milligan’s Athletics Hall of Fame Friday. Mercy Akide was a member of a record setting Milligan team during the 1999 season and later went on to have success at the international level. She represented her native Nigeria in the FIFA Women’s World Cup three times and in the Olympic Games two times. Marty Shirley set several Milligan records during his career from 1987 to 1990. Shirley returned to Milligan as a coach from 1997 to 2005.

The Heritage Award recognizes individuals or families whose ties to Milligan are deep and wide. This year, it went to the Jo Ann Richardson Family, whose engagement with Milligan over the past 40 plus years has been extensive, contributing financial resources, administrative skills, creativity and advocacy to advance the college’s mission.

Milligan’s Professional Excellence Awards went to Marvin Eichorn, a Master of Business Administration graduate in 2010, and Emily Homrich Mitchell, a Bachelor of Science graduate in 2001, double-majoring in computer information systems and business.

Mitchell has worked for Price Waterhouse Coopers, IBM and now Accenture, where she has been for the past 10 years. Promoted to manager in 2011, Mitchell is Accenture’s financial close lead.

Milligan’s Restoration Crew—a group of 20-30 alumni, alumni parents and friends of Milligan who volunteered one week each summer from 1999-2008 to perform various clean up and renovation projects on the college’s campus—received the George W. Hardin Spirit of Milligan Award, named after an alumnus who gave significant time, money and encouragement to the school, ensuring its continued existence.

CategoriesArticles
TagsHomecoming
Posted by on November 5, 2015.