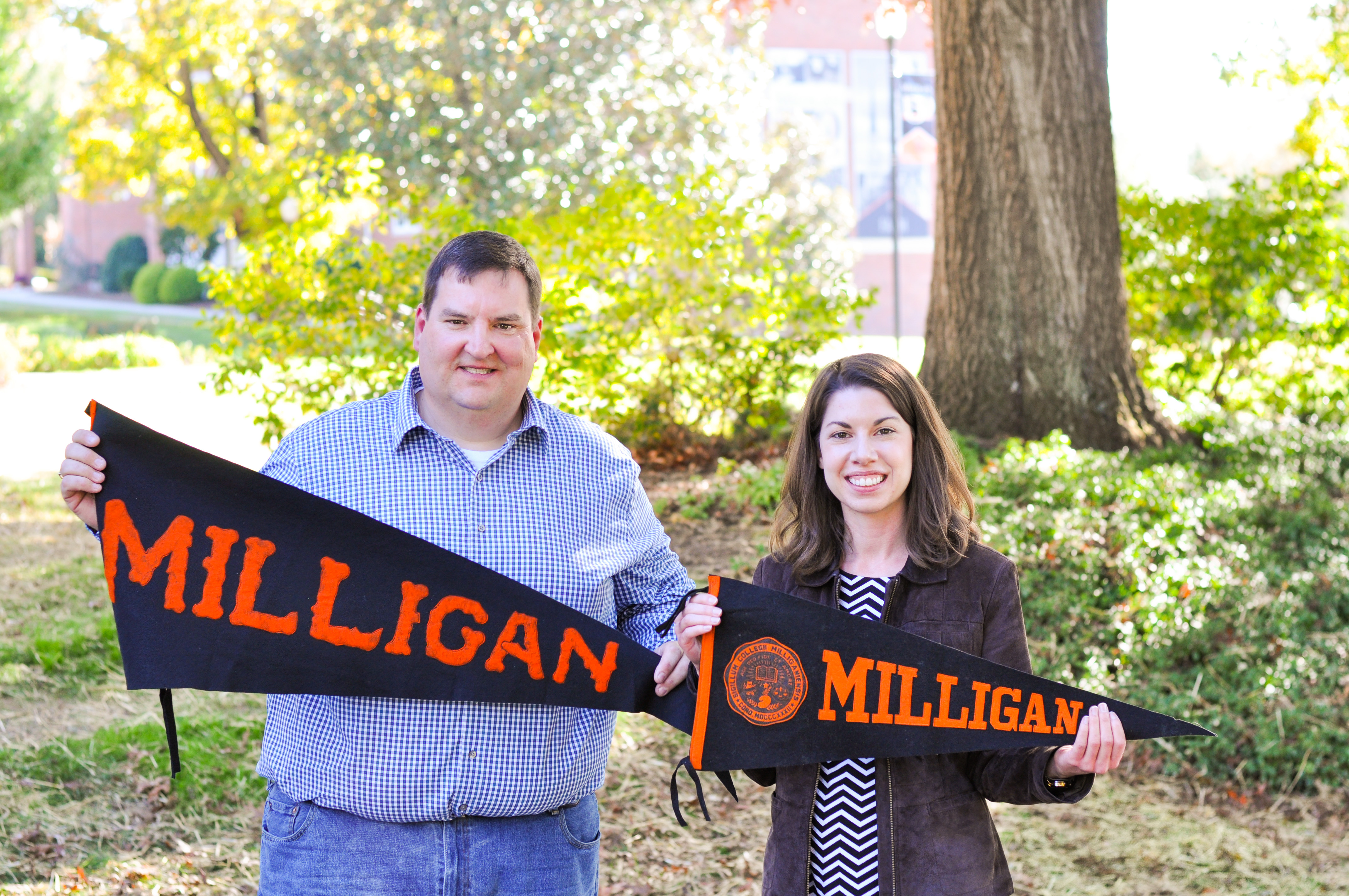 Many of the donated items were featured in a new commemorative book, “Scholarship, Community, Faith: Milligan Celebrates 150 Years,” released during Homecoming Weekend on Oct. 23-24, which launched the college’s year-long sesquicentennial celebration. Holloway co-wrote the book with Dr. Lee Fierbaugh, Milligan’s vice president for marketing and enrollment.

“I still have my acceptance letter!” said Holloway, who worked in the college’s archives as a student. “I started collecting in earnest as a student, saving every little thing: scraps of paper, photos, bookstore items, etc.”

As his collection grew, he began receiving gifts from Milligan faculty, staff and alumni. Twenty-five years later he’s still collecting and even able to donate back to Milligan. Holloway’s recent donation specifically honors the college’s sesquicentennial.

“To have this collection is very exciting,” said Lindsay Kenderes, Milligan’s archivist, who is tasked with managing the collection and processing new donations—as well as photos, documents and artifacts from students, faculty, staff and alumni—for the preservation of the college’s history.

Since its founding in 1866, Milligan College has developed a rich tradition and history over its nearly 150 years, producing countless artifacts—many of which are now stored and preserved in the college’s P.H. Welshimer Library Archives and Special Collections.

“The list of Clint’s donated items is almost overwhelming. It truly shows the range of Milligan history,” said Kenderes.

Some of the donated items include:

• Milligan founder Josephus Hopwood’s copy of the college’s alma mater.
• Original photo of Myrtle Smith, a 1922 graduate who was the first Milligan alum to go to medical school.
• Autographed copy of “Operation Overflight,” a book by Milligan alum Francis Gary Powers, who was shot down over the Soviet Union during the U-2 Incident and is now portrayed in the Steven Spielberg directed film “Bridge of Spies.”
• Original Time magazine cover story about Powers from 1960.

One of the most rare items in the collection is a set of four pennants, each over 100 years old, that Holloway received from a Johnson City man when he was cleaning out the home of his aunt, who worked for former Milligan President Henry Derthick as a secretary.

“She kept them safe for 75 years,” said Holloway. “I credit her nephew for not throwing them away but making sure they were offered to someone who would appreciate them.”

Now they are safe and sound, and accessible to researchers, in Milligan’s archives.