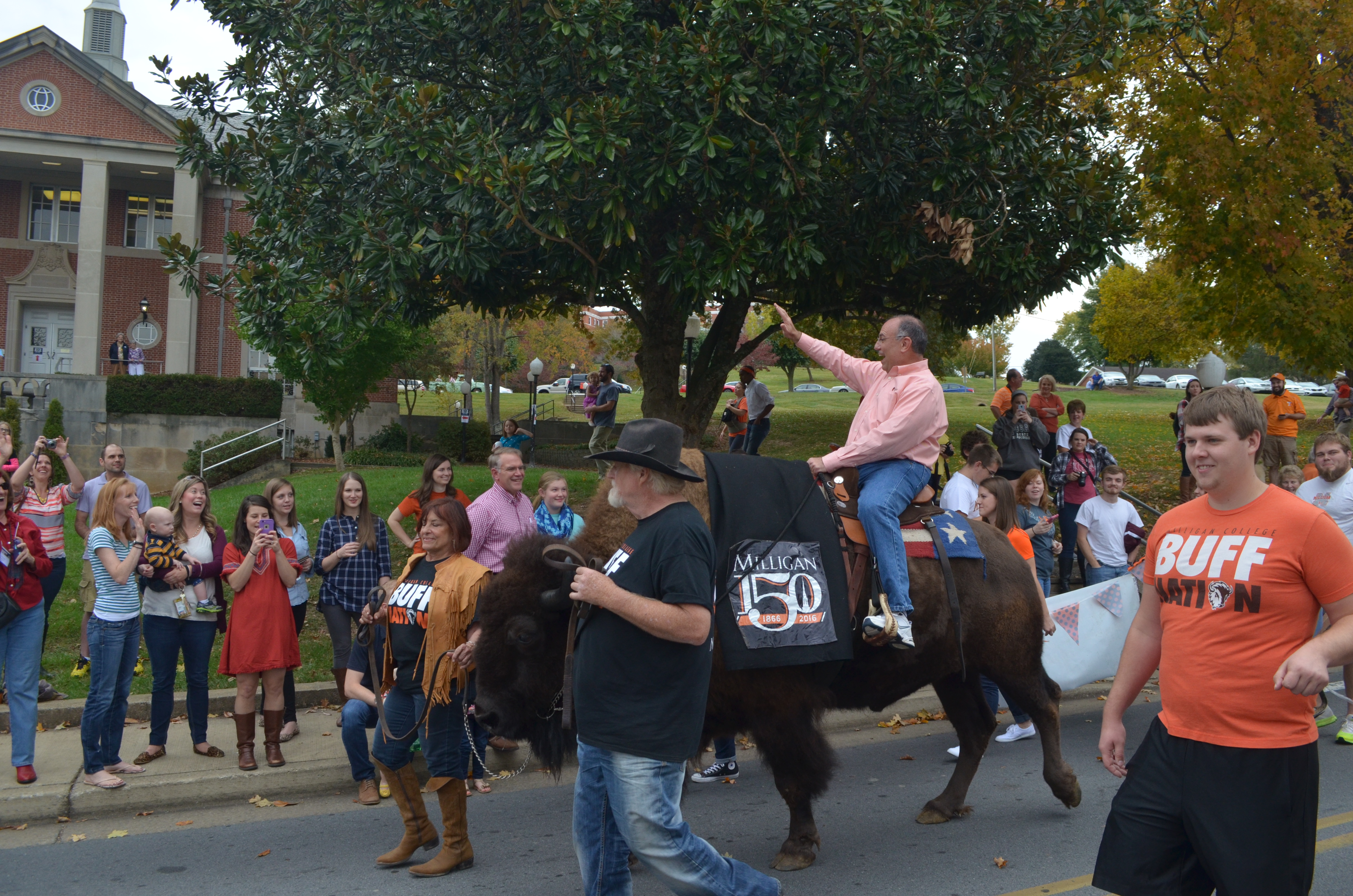 Saturday was a great day to be a Buffalo at Milligan College – and to ride one down the streets.

Igniting homecoming week, Milligan is also celebrating 150 years of teaching students in the area and from all over the country. To start the celebrations, President Bill Greer headed a parade down the main stretch of campus — while riding a buffalo named Cody.

Students, faculty and alumni crowded the sidewalks of Blowers Boulevard as the school’s sports teams, cheerleaders and distinguished alumni followed the buffalo. Candy rained from cars and floats as homecoming week officially began for the school’s students.

“We’re really excited about the kickoff and celebrating such a long heritage we have as a college,” Greer said Friday.

But Saturday afternoon was more than the festivities would make it seem — banquets and buffaloes aside, the alumni office estimated that more than 700 alumni returned to the campus for respective reunions — just like Kitty Barton and Margaret Marting, 1955 graduates who returned to the mountains for their 60th class reunion.

Barton and Marting shared a dorm during their time at Milligan all those years ago, before the two went their separate ways after graduating — Barton to Massachusetts and Marting to Ohio. But Saturday, the two, like hundreds of others, reunited from all over the country for the weekend to remember their time on the campus.

“The friends you have, you have forever,” Barton said of being a Milligan alumna.

“I just think it’s a great thing to come back and see old friends and see all of the changes on campus,” Marting added.

The tight-knit sense of community that Milligan offers its students is one of the school’s many charms, Greer said, and part of what makes celebrations like these so special. Greer said he hopes to help carry that legacy of Milligan College into the school’s next 150 years.

In celebrating such a long heritage, Greer said the college continues to focus on its mission, including efforts to diversify.

“We remain true to that mission, and I think that’s really important for our success,” he said.