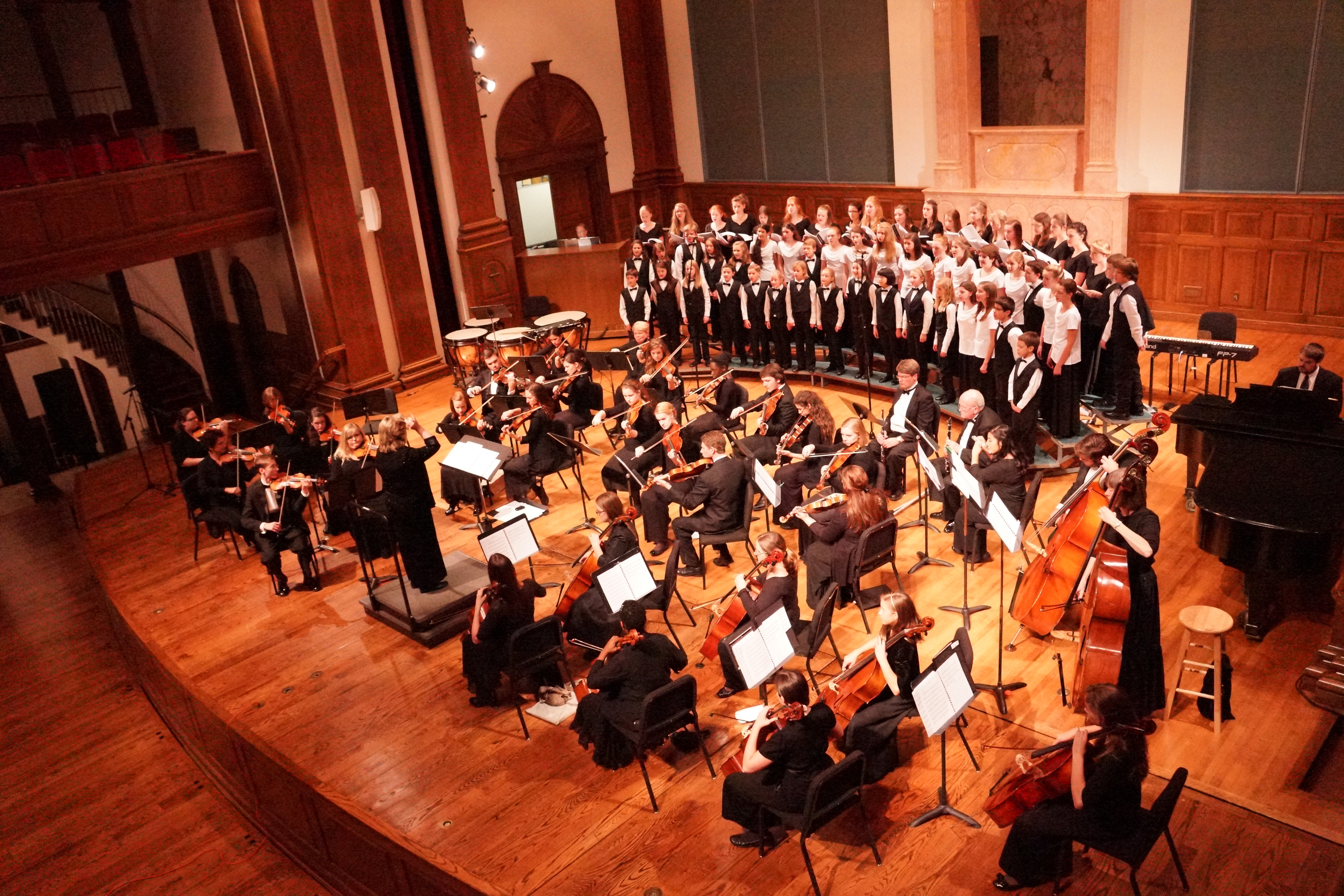 Milligan’s Concert Choir is an auditioned mixed chorus with a varied repertoire that includes classics, spirituals, hymn arrangements and multicultural music from around the globe. The students in the choir represent a variety of majors, including a number of students who are music majors or minors and who plan careers in music education or ministry.

Under the direction of Noah DeLong, assistant professor of music, the Milligan Concert Choir upholds a long tradition as an outstanding college choir. At the invitation of the President, the choir sang at the National Prayer Breakfast in Washington, D.C., and toured throughout England, with special performances in Coventry Cathedral and in the Civic Centre of the City of Birmingham. He holds degrees from Taylor University and Ball State University, and he is currently completing a Doctor of Musical Arts degree in choral conducting from The University of Iowa.

More recently, the choir sang at the Conference on World Evangelism-National Missionary Convention and the Tennessee State Convention of the American Choral Directors’ Association. Also, the college’s Concert Choir frequently collaborates with the Symphony of the Mountains, the Johnson City Symphony Orchestra and the Milligan College Orchestra.

DeLong, who joined Milligan’s faculty in Fall 2011, has conducted choirs at a number of churches and colleges, including the University of Iowa, Good News Bible Church (Iowa), Earlham College (Indiana), Ball State University, Westminster Presbyterian Church (Indiana) and Taylor University. In addition to his teaching and conducting experience, he has performed as a tenor soloist and accompanist for numerous choirs and solo vocalists.

Under the direction of Dr. Kellie Brown, professor of music and chair of the Area of Music, the Milligan College Orchestra performs throughout East Tennessee and Southwest Virginia and collaborates frequently with professional ensembles and arts organizations, including The Civic Chorale, the Johnson City Symphony Orchestra, the East Tennessee Regional Symphony, Mountain Empire Children’s Choir Academy and the City Youth Ballet. In addition, it is the pit orchestra for various opera and musical productions at Milligan and serves local churches in ministry. The orchestra also champions new works and has performed the world premieres of numerous pieces including “Three Genres” by John Grubb and “Genesis” by internationally renowned composer Kenton Coe.

Brown has been a member of the Milligan music faculty since 1998 and serves as director of the strings program. She is a frequent clinician and performer throughout the country and serves as the assistant conductor and assistant concertmaster of the Johnson City Symphony Orchestra.

As a soloist, Brown has performed several world premieres including “An Encounter for Violin and Piano” by Jane Perry. She also has conducted numerous world premieres including internationally renowned composer Kenton Coe’s “Genesis.” In addition, she has written numerous compositions, arrangements and articles and is a recognized authority on music in the concentration camps during the Holocaust.

For more information about this worship event, contact 423.638.4818. To learn more about Milligan College, visit www.milligan.edu/music.