Milligan board member named ‘Optometrist of the South’ 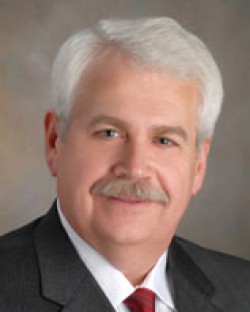 MILLIGAN COLLEGE, Tenn. (March 10, 2015) — A Milligan College board member has been awarded the highest honor bestowed by the Southeastern Congress of Optometry (SECO) International.

Dr. Richard W. Phillips, president of the Southern College of Optometry (SCO) in Memphis, Tennessee, was named the 2015 “Optometrist of the South” last week during the SECO International House of Delegates meeting.

Phillips, a 1974 Milligan alumnus, has served on the college’s board since 2013.

“This honor further demonstrates the professional expertise Phillips brings to our board,” said President Dr. Bill Greer. “With his lifelong connection to Milligan, we are grateful for his commitment to the college and his willingness to serve.”

Having served as president of SCO since 2007, Phillips is a trustee with the Southern Association of Colleges & Schools―Commission on Colleges (SACS-COC). In addition, he serves on the executive committee for Association of Schools & Colleges of Optometry (ASCO) and on the board of the Tennessee Independent Colleges and Universities Association (TICUA).

After graduating the Southern College of Optometry in 1978, Phillips returned to the Johnson City area to practice. In 1983, after merging his Johnson City practice with David Wilson, M.D., in 1983, he became a member of the first O.D./M.D. partnership in Tennessee.

In 1996, Phillips joined the TriCities Laser Center, a subsidiary of TLC The Laser Center Inc., where he worked in several leadership roles over the years. After serving as regional executive director of TLC’s Tennessee operations, he was appointed president of Southern College of Optometry.

Phillips’ family is strongly connected to Milligan. His father, Dr. Richard Phillips, is professor emeritus of religion at Milligan. His wife, Lucy, and son, Richard, are Milligan graduates, and his daughter, Sarah, is a current student.