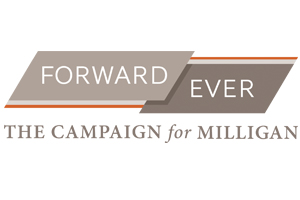 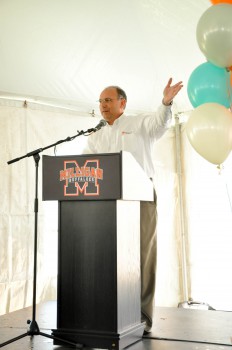 MILLIGAN COLLEGE, Tenn. (Oct. 25, 2014) — Milligan College unveiled its largest fundraising campaign in the history of the nearly 150-year-old institution today during an alumni luncheon held as part of the college’s annual Homecoming festivities.

Milligan President Dr. Bill Greer announced the second phase of the “Forward Ever” campaign with a $40 million goal to improve Milligan’s physical infrastructure and add new academic and spiritual programs as the school approaches its sesquicentennial in 2016.

According to Greer, $26.5 million already has been given or committed towards the $40 million campaign goal.

The first phase of the “Forward Ever” campaign concluded in 2011 having raised $28 million for capital projects such as the new Gregory Center for the Liberal Arts and Gilliam Wellness Center, renovation of the Mary B. Martin Auditorium in Seeger Chapel, and other campus enhancement projects and beautification efforts. Phase one also resulted in a number of new academic programs and scholarships as well as an increase in the school’s endowment.

“Milligan’s mission is more critical than ever,” said Greer. “We must be prepared to meet the needs of a changing world while maintaining the core values of scholarship, community and faith that are central to our purpose as a Christian liberal arts college.”

Greer shared a vision for several funding priorities of the second phase of the campaign which are aimed at meeting the needs of Milligan’s growing student body.

“This campaign will raise critical support for the Milligan Fund, which makes tuition more affordable,” said Greer. “The campaign also will provide funding for new academic programs, like the proposed engineering major and physician assistant program, as well as for the integration of Emmanuel Christian Seminary (ECS) into Milligan College. It also will fund renovations of the Science Building and P.H. Welshimer Library, as well as increase the endowment.

Other projects aimed at building community include renovating and expanding residence halls; building a multipurpose athletic, academic and student center; adding a track and soccer complex; and improving the college’s athletic fields.

According to Vice President for Institutional Advancement Jack Simpson, funds raised to date have provided financial support for both annual and endowed scholarships; new academic majors in computer science, economics, music business, political science and social work, as well as a new graduate program in counseling; an honors program; and endowed faculty chairs. In addition, Milligan announced in April a new academic structure that reorganizes the college’s nine academic areas into five schools, the first of which is named the William B. Greene, Jr. School of Business and Technology, thanks to the generosity of the local banker and Milligan trustee.

Capital initiatives completed to date include renovations to The Fireside Grill and Steve Lacy Fieldhouse; construction of the recently completed Milligan Village student residence complex; and the generous in-kind donation of a hospitality venue and presidential residence, Tara Court.

“Taken from our alma mater, ‘Forward Ever’ speaks not only to our lofty goals with this campaign, but also to the Christian heart of Milligan,” said Simpson. “Because of the generosity of donors to Milligan’s cause, we are able to continue our mission of preparing students to become servant leaders and do great things in the world.”

To learn more about Milligan and the “Forward Ever” campaign, visit www.milligan.edu. 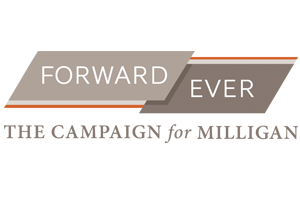 CategoriesArticles
TagsForward Ever, Homecoming
Posted by on October 25, 2014.