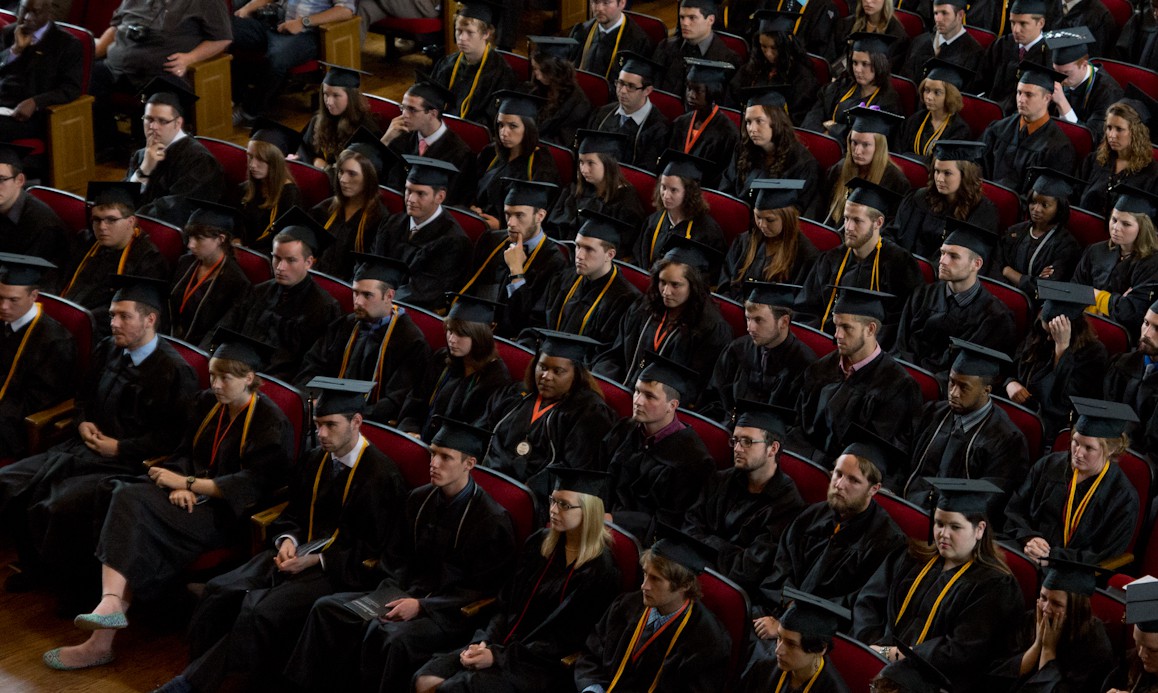 MILLIGAN COLLEGE, Tenn. (May 2, 2014) — Dr. Aaron Wymer, senior minister at Grandview Christian Church in Johnson City, Tennessee, will be the keynote speaker at the Milligan College spring commencement ceremonies on Friday, May 9 and Saturday, May 10.

The college will award a total of 197 degrees at the ceremonies, which will be held in Milligan’s Mary B. Martin Auditorium of Seeger Memorial Chapel. Friday’s service for students in Milligan’s graduate and professional studies programs begins at 7 p.m. The Saturday service begins at 2 p.m. and is for students graduating from traditional undergraduate programs.

This is the third spring that Milligan has scheduled two ceremonies so that the college can accommodate the large crowds expected due to the size of the graduating class.

“Two commencement ceremonies allow our students and their families to experience the culmination of their Milligan experience in Seeger Chapel, where generations of Milligan graduates have received their diplomas,” said Milligan President Dr. Bill Greer.

Milligan will award 32 degrees at the May 9 ceremony and 165 degrees at the May 10 ceremony. On May 10, overflow seating will be available in Milligan’s Gregory Center for the Liberal Arts. Both ceremonies will be broadcast live at www.milligan.edu/streaming.

During commencement, Milligan also will present Fide et Amore citations, the college’s highest acknowledgement of service, to Drs. E. LeRoy Lawson and Lee Magness, in recognition of their loving and faithful service to the college. Lawson served on Milligan’s faculty and staff for many years. He currently serves as distinguished professor of Christian ministries at Emmanuel Christian Seminary (Johnson City, Tennessee). Magness is the Vera Britton Chair Emeritus of Bible and professor emeritus of Bible at Milligan.

In addition, the ceremonies will include a commencement address by Wymer, who has served as senior minister at Grandview for nearly 16 years.

Wymer is also an adjunct professor of preaching at Emmanuel Christian Seminary, where he received his Master of Divinity. He received his Doctor of Ministry from Asbury Theological Seminary (Wilmore, Kentucky).

In addition to his 22 years in the ministry, Wymer has served on several education and community boards. He was a member of Emmanuel’s board of associates and currently is serving on the board of trustees. He has served on the European Evangelistic Society Board, the North American Christian Convention Continuation Committee and the Johnson City Adult Education Board.

He and his wife, Cindy, have three daughters, one of whom is becoming a proud graduate of Milligan on May 10.

CategoriesArchives, Milligan Press Release, Scholarship
Posted by on May 2, 2014.