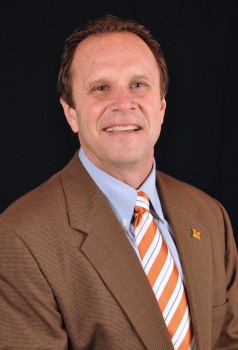 In this role, he will take on the duties of athletic director and will devote more of his time toward the development of Milligan’s athletic programs, including fundraising for facilities. He will continue his oversight of student development, but will be delegating more of this responsibility.

“This transition highlights the strategic role athletics plays at Milligan, both in the life of our students and campus, and in the branding and visibility of the institution,” said Milligan President Dr. Bill Greer. “Mark’s new position best positions and supports our athletic programs to remain competitive and continually enhance our success.”

Milligan is an athletic powerhouse in the Appalachian Athletic Conference (AAC) and National Association of Intercollegiate Athletics (NAIA), with 24 intercollegiate sports. Milligan’s athletics program provides more than 300 student-athletes the opportunity to compete on the collegiate level. In the past 10 years, Milligan has won 52 conference titles and made 58 national tournament appearances.

“Student athletes are a very important part of our campus, so I am excited to work even closer with the athletes and now with potential donors who share our commitment to growing and improving our athletic performance and reputation,” Fox said.

Tony Jones, Milligan’s current director of student success, has been promoted to dean of students. Jones will take over the administrative oversight of all student development programs and report to Fox.

Greer said the promotion is a good fit for Jones, who “has been very successful in leading Milligan’s student success efforts and has been instrumental in increasing student retention.”

The staff realignments are effective June 1.

“These changes position us for future growth and success as we continue to pursue new opportunities that support our mission,” Greer said.