Milligan to present 27th Annual Festival of One Act Plays 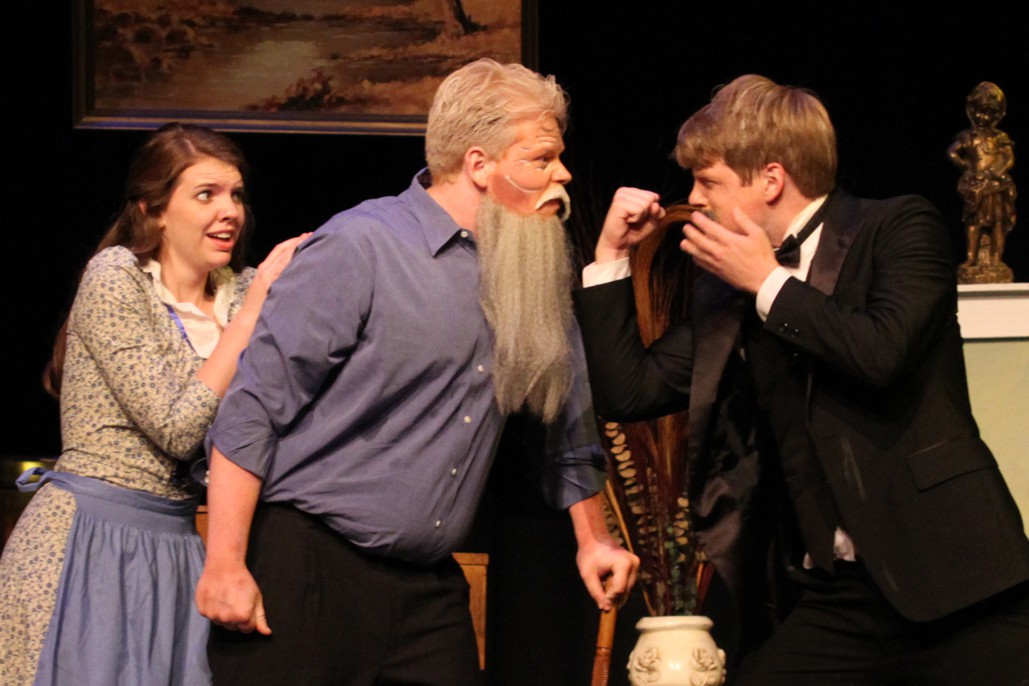 MILLIGAN COLLEGE, TN (April 21, 2014) — Milligan College students will present the 27th annual Festival of One Act Plays from April 29-May 1. The festival begins at 6 p.m. each evening in the McGlothlin-Street Theatre in Milligan’s Gregory Center for the Liberal Arts. All performances are free and open to the public.

The festival was started in 1987 by Richard Major, professor of theater at Milligan, to energize the theater program and provide hands-on theater experience for his students.

“I have always admired how diligent, focused and creative these budding directors become when faced with the challenge of directing their first play,” Major said. “This year’s directors exude enthusiasm and energy, and I can’t wait for them to share their work during this year’s festival.”

“Whatever Souls Are Made of” ― written and directed by Ren Reed, a senior from Atlanta, Ga.; stage managed by Kaylynn Blosser, a freshman from Seattle, Wash.

This snarky melodrama follows five friends who share an apartment and panic when one of them goes missing. They lie, share secrets and eventually come to chaos.

“Help” ― directed by Adam Derrick, a junior from Boone, N.C.; stage managed by Collin Hawley, a freshman from Woodbridge, Va.

In this short play by Neena Beber, a young girl is excited for her first time volunteering at a soup kitchen. The experience, however, is not like anything she was expecting―especially the other volunteer, Beverly, who seems to take offense at her enthusiasm.

In Jay Huling’s absurd comedy, young Elvis is about to be discovered and is unsure of his life’s purpose. Characters from the Bible come and help him find the meaning of his life.

“Last-Minute Adjustments” — directed by Tess Evans-Shell, a junior from Roanoke, Va.; stage managed by Will Major, a senior from Johnson City, Tenn.

This touching comedy by Richard Orloff is about tweaking the final adjustments that a baby needs in order to live a complete and fulfilling life, including the necessity for a soul.

In this one act by Richard Hoehler, two immigrants must learn English in order to become American citizens, but their teacher will discover that the English language is harder to teach than he thought in this “grammatic” comedy.

“The Man Who Couldn’t Dance” ― directed by Andrew Wissmann, a sophomore from Manila, Philippines; stage managed by Erica Peak-Nordstrom, junior from Rochester, Ill.

Ex-couple Gail and Eric hash things out after Gail marries and has a baby in this one act play by Jason Katims.

“Variations on the Death of Trotsky” ― directed by Darcie DeLong, a junior from Indianapolis, Ind.; stage managed by Mandy Chambers, a junior from Knoxville, Tenn.

An absurdly funny comedy by David Ives in which the death of communist writer Leon Trotsky is repeated and revised eight times, with each variation including a mountain climber’s ax smashed in Trotsky’s skull.

“Accused of Comedy” ― directed by Christopher Heldman, a junior from Indianapolis, Ind.; stage managed by Stephen Joiner, a senior from Mountain City, Tenn.

This 10-minute play, written by Carl Williams, follows two comedians in the future where comedy is illegal.

For more information on arts events at Milligan, visit www.milligan.edu/arts.