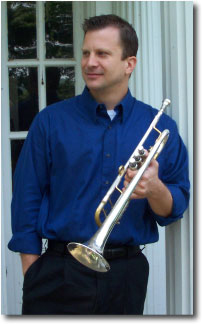 MILLIGAN COLLEGE, TN (April 14, 2014) — The Milligan College Jazz Ensemble will present a spring concert titled “A Tribute to Maynard Ferguson” on Monday, April 28, at 7:30 p.m. in the Mary B. Martin Auditorium of Seeger Memorial Chapel. The concert is free and open to the public.

The 23-piece ensemble is under the direction of Rick Simerly, associate professor of music at Milligan. The concert will feature a former member of the Maynard Ferguson band, Steve Patrick, of Nashville, Tenn.

“We will be playing the original charts of the Maynard Ferguson Band, with Steve taking on the role of Maynard,” Simerly said. “The high notes will be ringing in Seeger Chapel that evening.”

Ferguson was one of the greatest lead trumpet players in jazz history. The jazz icon was also a big band leader who led many variations of big bands from the 1950s until his death in 2006. His programs always featured his virtuosic, high note trumpet artistry. The 70s and 80s were an especially popular period for Maynard’s band and they made several appearances in the Tri-Cities area, including a performance at Milligan.

The Milligan Jazz Ensemble consists of Milligan students, as well as students and adults from throughout the region. The ensemble is devoted to the performance of jazz and pop styles with emphasis on ensemble playing, solo playing and improvisation.

The guest artist, Patrick, earned a Bachelor of Music in jazz studies from Indiana University (Bloomington, Ind.), where he studied with Bill Adam, Bernard Adelstein, Charles Gorham, Allan Dean, David Baker and Dominic Spera. He has performed on more than 4,000 recordings with various artists such as Carrie Underwood, Celine Dion, Elton John, Kenny Chesney, Garth Brooks, Norah Jones and many others.

The concert will include classics from the Maynard Ferguson library such as “Chameleon,” “Give It One,” “MacArthur Park” and “Birdland.”

In addition, special guest Kyle Bothof on tenor sax will solo on many of the songs. He is currently an undergraduate student at the University of Tennessee (Knoxville, Tenn.).

“All of these Maynard charts are very difficult and I’m proud of this group and the hard work they have done to program these selections,” Simerly said.