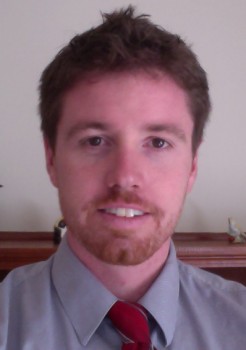 MILLIGAN COLLEGE, TN (Oct. 15, 2013) — Dr. Michael Blouin will deliver a lecture, titled “A Haunted Bind: U.S.-Japanese Relations and the Supernatural,” on Monday, Oct. 28, at 7 p.m. in Milligan College’s Hyder Auditorium, located in the Science Building. The lecture is free and open to the public.

“My presentation will be about how stories of the supernatural have influenced the U.S.-Japan relationship,” said Blouin, assistant professor of English and humanities at Milligan.

His lecture is based on the subject of his recent book, “Japan and the Cosmopolitan Gothic: Specters of Modernity” (Palgrave Macmillan, 2013). The book analyzes the ways Gothic tales from Japanese and American cultures are exchanged, adapted and consumed. The discussion will include references to familiar Gothic characters and storylines such as Godzilla and the film “Gremlins.”

Blouin joined the Milligan faculty in 2012. He has a Ph.D. in American studies from Michigan State University (East Lansing, Mich.), and he earned his bachelor’s and master’s degrees in English from the University of Vermont (Burlington, Vt.). His other areas of concentration include 19th and 20th century American literature and film, cultural studies, nuclear discourse, cosmopolitanism and critical theory.

For more information about arts events at Milligan, visit www.milligan.edu/arts.