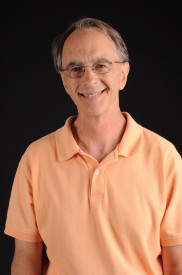 The Fide et Amore award, Milligan’s highest acknowledgement of service, was presented at the December commencement ceremonies held Dec. 14 in the Mary B. Martin Auditorium in Seeger Memorial Chapel. During the ceremony, Milligan also awarded a total of 101 degrees.

Runner joined the Milligan College faculty in 1972. He serves as professor of music, teaching organ, piano, voice and music theory.

Dr. Kellie Brown, associate professor of music and chair of the music area, recommended Runner for the award.

“Dr. Runner’s students have the utmost respect and adoration for him,” Brown said. “They appreciate what he teaches them and also enjoy him in the classroom. In my various musical endeavors throughout the region, I frequently encounter former music students from Milligan, some dating back 30 or 40 years, and I almost always hear a comment about how much they loved Dr. Runner and how much they learned from him.”

Runner earned master of music and doctor of musical arts degrees from the Eastman School of Music at the University of Rochester (New York) where he was a student of David Craighead and the late M. Alfred Bichsel. He completed additional organ study in Europe with Louis Robilliard, Michael Radulescu and Marie-Claire Alain. While at Eastman, Runner also earned the Performer’s Certificate in Organ and performed with the Eastman-Rochester Orchestra under the baton of Sidney Harth.

Brown noted that Runner’s influence in the Milligan community goes beyond his role in the classroom.

“In addition to his teaching, Dr. Runner has become an important component of the ceremonies and grand events at Milligan,” Brown said. “He is always willing to bring the Seeger organ to life and create a transforming atmosphere in the chapel through his beautiful music.”

Runner has been active in the East Tennessee area as a member and past dean of the Northeast Tennessee Chapter of the American Guild of Organists and as organ accompanist for the Civic Chorale. He regularly performs solo organ recitals at Milligan and has played in New York City; London and Birmingham, England; Atlanta; and at the Piccolo Spoleto festival in Charleston, South Carolina. He currently serves as a substitute organist and choir director to various area churches. He is married to Lisa Runner.