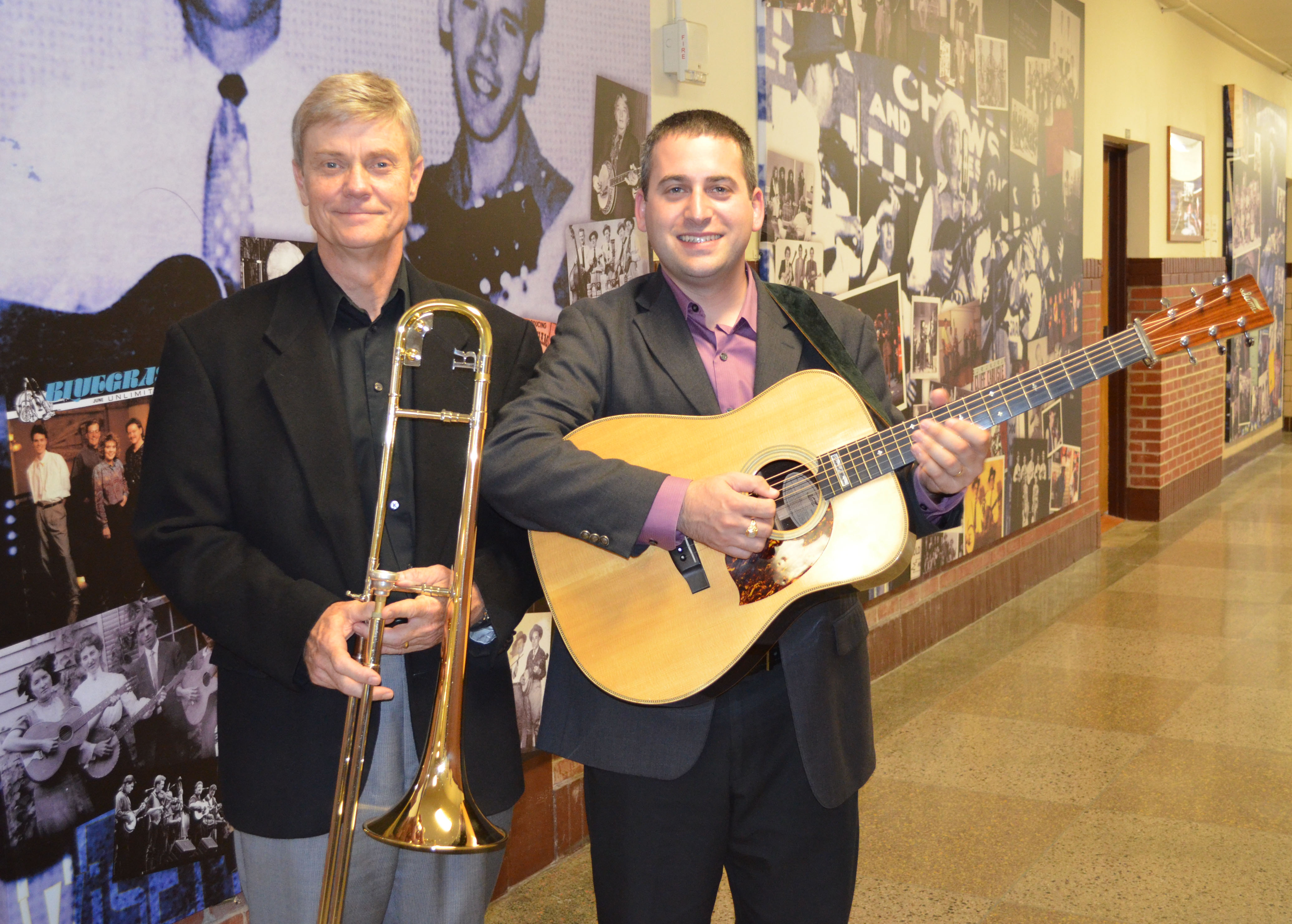 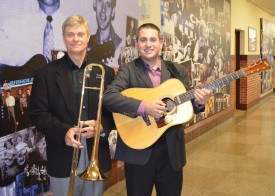 The Milligan Jazz Ensemble and The ETSU Bluegrass Band will join together to produce a unique combination of musical styles. The concert is free and open to the public, but donations will be accepted to benefit both departments.

“Jazz and bluegrass have a lot more in common than people might realize,” said Rick Simerly, associate professor of music at Milligan. “The collaboration of these two groups will present a unique concert for this area. Both are great examples of true American music that contain an important element of improvisation.”

The Jazz Ensemble is directed by Simerly, who teaches a variety of music courses and leads the jazz studies emphasis in the music area at Milligan. He has toured with the Smithsonian Jazz Masterworks Orchestra and performed with such entertainers as Frank Sinatra Jr., Bob Hope, Red Skelton, Lou Rawls, Gladys Knight, the O’Jays, the Commodores, the Temptations, the Four Tops and many others. He has produced numerous recordings and two solo jazz CDs. He regularly performs clinics and concerts throughout the United States and is a veteran instructor at the Jamey Aebersold Summer Jazz Workshops.

The Milligan Jazz Ensemble is comprised of students and adults from throughout the region.  The band serves the dual role of a college ensemble and a community jazz band.  It has had several performances including opening for the Ellis Marsalis Quartet at the Grove Park Jazz Festival; debuting the original Milligan musical, “The Gospel According to Jazz;” performing Duke Ellington’s “Nutcracker Suite” with the Johnson City Symphony; and presenting Dr. John Cooper’s original composition, “The Baeker Jazz Worship Service.”

“Rick Simerly is known by so many music lovers in the Tri-Cities area and beyond for his work with many great jazz acts including the Tommy Dorsey orchestra,” said Daniel Boner, director of bluegrass at ETSU. “Milligan College has an invaluable resource, and I’m excited about the opportunity to trade some ‘notes’ with Rick on Nov. 19.”

Boner also has an impressive list of musical credits. He has performed at St. Peter’s Basilica, NATO Headquarters, the Smithsonian National Folklife Festival, the Grand Ole Opry and The White House. His music can be heard on more than 50 recordings, including a solo album titled “The Gospel Way” and his production of David Grindstaff’s “Here and Now,” which featured a number of International Bluegrass Music Association (IBMA) and Grammy Award-winning artists. Boner has performed onstage with many bluegrass and Grand Ole Opry stars including Ralph Stanley, Jesse McReynolds, Alison Krauss, Rhonda Vincent, Ricky Skaggs and the late Porter Wagoner.

The ETSU Bluegrass Band stems from the Bluegrass, Old Time and Country Music Studies at the university. It is the oldest established program of its kind at any four-year institution. This unique program has thrived on the philosophies of preserving the musical traditions rooted in Appalachian culture, while at the same time encouraging creativity and development of prevailing styles.

“I’m confident that the audience will leave Seeger Chapel with a good understanding of how jazz and bluegrass share some common ancestry,” Boner said.