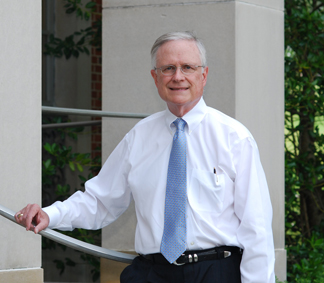 MILLIGAN COLLEGE, TN (October 21, 2010) – After 14 years of exemplary service and major accomplishments, Dr. Donald R. Jeanes, the fourteenth president of Milligan College, informed the Board of Trustees today of his intent to retire from the Milligan College presidency on July 15, 2011.

The Board of Trustees accepted Jeanes’ letter of retirement with much reluctance but great appreciation and thanks for the outstanding work he has done at Milligan. They have asked him to serve in the role of chancellor following his retirement. In this role, Jeanes will continue to work with the college’s leadership to maintain important external relationships.  He will also play a vital role in the successful completion of the college’s Forward Ever campaign.

“I have enjoyed my time as president and am thankful to God for blessing Milligan during my tenure,” said Jeanes, as he publicly addressed the Milligan campus at an 11 a.m. chapel service today. “My passion and love for this institution, its mission, and its people will continue as Clarinda and I continue to be good-will ambassadors for Milligan.”

Speaking for the entire Board of Trustees, David Hamilton, chair of the board and a 1986 Milligan graduate, observed that the Jeanes’ “influence has reshaped the college – physically, academically, financially and relationally. The Board of Trustees is united in our desire to advance the college and will work with Don in the coming months to celebrate his time here while we look to fill what we all know are very large shoes.”

Jeanes began his presidency in 1997 and under his leadership the college has achieved record enrollments, successful fundraising campaigns, major renovations of buildings and grounds, construction of three new buildings, the addition of half a dozen new academic programs, accreditation of professional programs, and reaffirmation from the Southern Association of Colleges and Schools.

“The college has seen the addition of new buildings and academic programs in the past several years that have revitalized the campus and the student learning experience. Milligan is arguably in the best financial condition it has seen in decades. Through the tireless effort of the Jeanes – both on campus and off campus – Milligan has a solid reputation in the local community and the Restoration Movement churches,” said Hamilton, vice president of Elkins Constructors in Jacksonville, Fla.

A native of Georgia, Jeanes is a 1968 graduate of Milligan College. He served as director of financial aid and assistant business manager at Milligan while attending Emmanuel School of Religion, where he received his master of divinity degree in 1972. He then served on the faculty and administration of Atlanta Christian College and completed doctoral coursework at Emory University.

Jeanes’ wife, Clarinda Phillips Jeanes, is a 1971 Milligan graduate who has served the college in numerous ways, including oversight of college landscaping, renovating the Taylor-Phillips Hospitality House, and establishing the Associated Ladies for Milligan to support student scholarships.

“We want to thank Don and Clarinda for all they have done for Milligan College,” said Hamilton. “The most appropriate, and probably most appreciated, expression of that thanks is to ensure that what they have worked so hard to accomplish at Milligan College lives on well after they leave us.”

Hamilton explained that the Board of Trustees has outlined a strategy for the search and succession process to identify the next president. A search committee consisting of members of the Board of Trustees, Board of Advisors, faculty, administration, and student body has been selected and will begin work immediately.

For more information about the presidential search process, visitwww.milligan.edu/president.