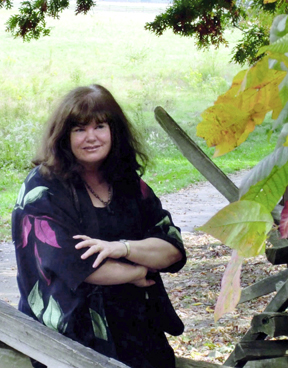 McCrumb will also read and discuss excerpts from her book that evening at 7 p.m. in Milligan’s Gregory Center for the Liberal Arts. Both events are free and open to the public. Her book will be available for purchase and signing at the evening event.

Set in the mountains of North Carolina and Tennessee, McCrumb’s Appalachian “ballad” novels are among her best known works. These novels include New York Times Best Sellers such as “She Walks These Hills” and “The Rosewood Casket,” which is currently being made into a film.

McCrumb credits her grandfathers, who were circuit preachers in North Carolina’s Smoky Mountains, for her regard for books, her gift of storytelling and public speaking, and her love of the Appalachian Mountains.

“My books are like Appalachian quilts,” said McCrumb. “I take brightly colored scraps of legends, ballads, fragments of rural life and local tragedy, and I piece them together into a complex whole that tells not only a story, but also a deeper truth about the culture of the mountain South.”

McCrumb is a graduate of the University of North Carolina at Chapel Hill and received her M.A. in English from Virginia Tech. As an award-winning Southern writer, McCrumb was named a “Virginia Woman of History” in 2008. This honor is annually bestowed upon eight women who have made important contributions to Virginia and to America in the arts, law, education or politics.

Her novel “St. Dale” won a 2006 Library of Virginia Award as well as the Appalachian Writer’s Association Book of the Year Award. It is the story of a group of ordinary people who go on a pilgrimage in honor of racing legend Dale Earnhardt. McCrumb has received several other writing awards including the Wilma Dykeman Award for Literature given by the East Tennessee Historical Society.