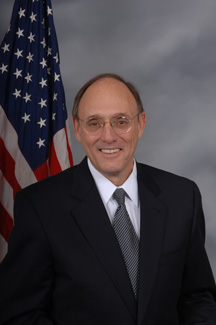 Milligan will award 119 degrees at the ceremony. The December graduates include 10 bachelor of arts (B.A.), 34 bachelor of science (B.S.), 18 master of business administration (M.B.A.), 30 master of education (M.Ed.), and 27 master of occupational therapy (M.S.O.T) students.

Roe, a native Tennessean, earned a degree in biology from Austin Peay State University in 1967 and a medical degree from the University of Tennessee in 1970. He served two years in the United States Army Medical Corps after graduation.

Prior to becoming a congressman, Roe served as the mayor of Johnson City from 2007 to 2009 and as vice-mayor from 2003 to 2007. He also ran a successful medical practice in Johnson City for 31 years.

As a physician, Roe remains active in encouraging reforms in our nation’s health care system. He is a member of the Physicians’ Caucus and the Health Caucus. He also serves on the Agriculture, Veteran Affairs, and Education and Labor committees.

Roe and his wife, Pam, are members of Munsey United Methodist Church in Johnson City, Tenn. They have three children and two grandchildren.

A complete schedule of graduation weekend activities is available online atwww.milligan.edu/commencement or by calling 423.461.8681.