Brackemyre to speak at Milligan 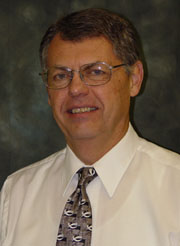 MILLIGAN COLLEGE, TN (September 25, 2009) – David Brackemyre, a representative of The Voice of the Martyrs, will speak about the persecuted church at Milligan College’s convocation service on Tuesday, Oct. 6, at 11 a.m. in Seeger Memorial Chapel. The event is free and open to the public.

The Voice of the Martyrs (VOM) is a non-profit, inter-denominational Christian organization dedicated to assisting the persecuted church worldwide. Brackemyre is the director of Voice Ministries, a division of VOM.

Brackemyre’s passion is helping the persecuted church and speaking to groups about Christians who persevere in the face of pressure to deny their faith. He began praying for persecuted Christians on a regular basis in 1998 after he read about the persecuted church in a VOM publication. In 1999, Brackemyre visited the VOM office in Bartlesville, Okla., and volunteered to become an area representative. This began a five-year volunteer ministry of speaking at churches, displaying VOM resources at conferences and conventions, and later supervising other volunteers in a six-state area in the Midwest. He also served on the VOM board of directors for two-and-a-half years.

In 2005, Brackemyre joined the VOM staff. Since that time, he has traveled on several VOM trips overseas, visiting countries such as Vietnam, Laos, Burma/Myanmar, China, Sudan, Bangladesh and Cambodia.