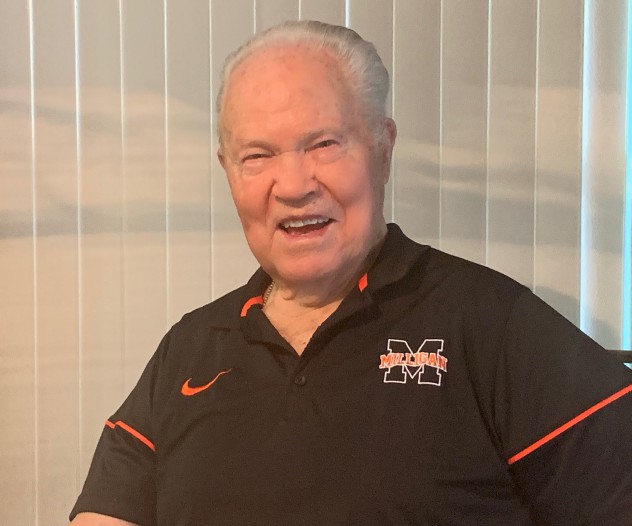 Coach Duard Walker served at Milligan for 50 years as a coach, professor and administrator. 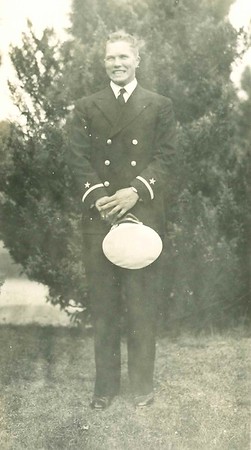 As a student at Milligan, Duard Walker was assigned to the Navy V-12 Officer Training program. 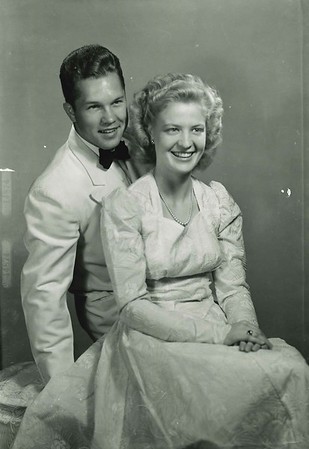 Walker met his wife of 73 years, Carolyn Roberts, at Milligan, and they married in 1947. 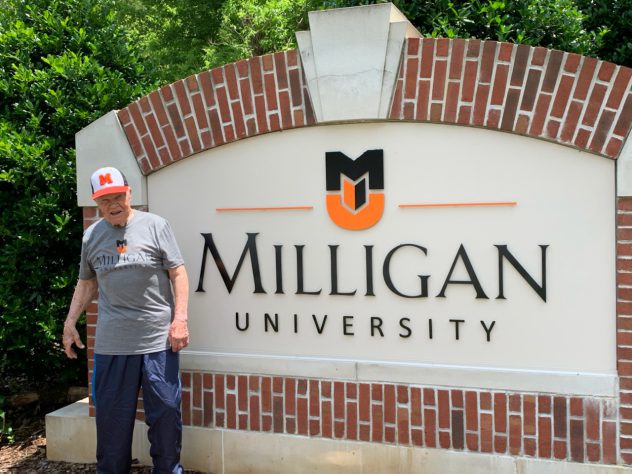 MILLIGAN, Tenn. (Aug. 18, 2020) — Milligan University mourns the death of legendary coach, administrator and professor Duard Walker, who served at Milligan for 50 years from 1951-2001. Walker passed away early this morning, Aug. 18, at age 95, in Johnson City, Tennessee.

“No one has epitomized more fully the heart of Buff Nation than Coach Duard Walker,” said President Dr. Bill Greer. “He was a man of unshakable character whose competitive spirit and love for Milligan was rivaled only by his commitment to God, country and family. His impact on Milligan is incalculable and he will be missed.”

Raised in Piney Flats, Tennessee, Walker transferred from East Tennessee State University to Milligan College in 1942. At Milligan, he was assigned to the Navy V-12 Officer Training program. Walker served three years in the U.S. Navy during World War II and fought in the battles at Iwo Jima and Okinawa. Upon completing his service, he returned to Milligan in 1946 to complete his college education. Walker was an avid student-athlete on campus, receiving 12 varsity letters in five sports and earning the Milligan’s Scholar Athlete Trophy. Walker still holds the school record for the most varsity letters earned by a student-athlete.

Walker also met his wife, Carolyn Roberts, at Milligan, and they married in 1947. Upon graduation in 1948, Walker completed his master’s degree at Columbia University and coached two seasons at Farragut High School.

He returned to Milligan in 1951 to teach and coach, marking the start of his 50 years of service. During his career, Walker taught health and physical education; served as the head dorm resident for Pardee Hall and Webb Hall; held the role of dean of men; coached basketball, baseball, tennis, cross country, and track and field; served as athletic director; and held the role of academic marshall. Additionally, he and Carolyn raised their five children on Milligan’s campus.

Walker received numerous awards and recognitions over his career. In 1986, Walker was awarded Milligan’s highest honor, the Fide et Amore, for his distinguished service to the college. In addition, he was an inaugural member of Milligan’s Hall of Fame and was named the 2001 NAIA National Athletic Director. Walker was inducted into the Tennessee Sports Hall of Fame in 2016, the NAIA Hall of Fame in 2008, the Carter County Hall of Fame and the Northeast Tennessee Hall of Fame. In 2000, the Appalachian Athletic Conference introduced the Duard Walker All-Sports Trophy which recognizes the conference institution with the most successful all-around sports program each year.

“When I think of Coach Walker, two things come to my mind,” said Mark Fox, vice president for student development and athletics. “First, I think of his sense of humor. He had a very dry wit, and he always saw the humor and joy in any situation. Second, Coach always appreciated people for who they were rather than being disappointed in what they were not. I believe that those things are what made Coach so popular with everyone he met.”

Due to the coronavirus, a memorial service/celebration of life will be held at a later date (to be determined). In lieu of flowers, donations may be sent to The Duard & Carolyn Walker Scholarship Fund (Milligan University, Duard & Carolyn Walker Scholarship Fund, P.O. Box 750, Milligan, TN 37682) and/or Hopwood Memorial Christian Church (Hopwood Memorial Christian Church Building Fund, P.O. Box 149, Milligan, TN 37682).

Condolences may be sent to the Walker family online at www.dillow-taylor.com.