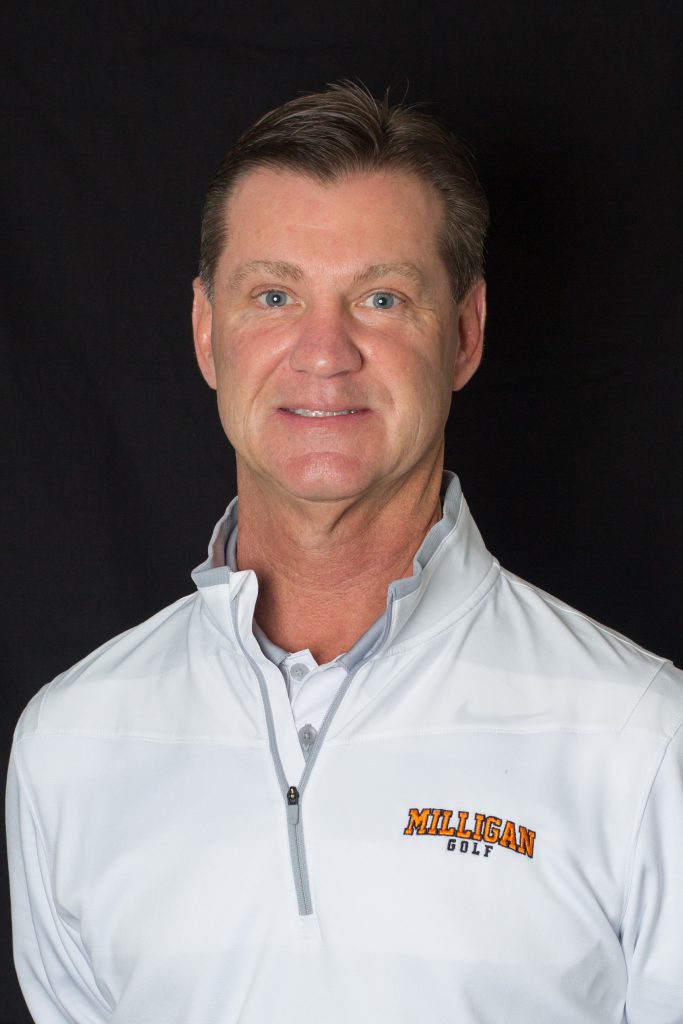 Coach Wallingford’s men’s golf teams have captured 7 Appalachian Athletic Conference Championships, 2 NAIA Regional Titles, and made 2 NAIA National Championship appearances. Most recently, his 2017 Buffs squad won the AAC regular season title after winning back-to-back conference championships in 2013 and 2014. His 2014 team smashed the school record for 18 hole and 36 hole scoring with  a 279 (-9) and  a 282 (-6) for a two day total of 561 (-15) at the fall conference championship. After leading his 2013 Buffs team to conference and regional titles, the Buffs placed 14th at the NAIA National Championship in Salem, Oregon, and became the first team in conference history to make the 54-hole cut and play in the final round. The 2013 Buffs had the highest final poll national ranking at No. 24.

Wallingford has been named AAC Men’s Coach of the Year four times (2004, 2006, 2007, 2013) and was tabbed the NAIA Regional Coach of the Year in 2007 and 2013. He has coached 4 NAIA National Championship individual qualifiers. His men’s teams have achieved National Scholar Team recognition 6 times and he has coached 15 academic All-Americans. The 2009 Buffs squad was selected as the AAC Champions of Character Team.

On the women’s side, in seven seasons of the women’s golf program, the Buffs have made four NAIA National Championship appearances, won a total of 23 tournaments, captured 4 NAIA Direct Qualifiers, won 3 regular season AAC titles, and have been ranked 22 straight months in the NAIA Women’s Golf Coaches Poll. Coach Wallingford recently led the 2017 Buffs team to another record breaking season as they won their third consecutive NAIA Direct Qualifier championship, advancing to the NAIA National Tournament in West Palm Beach, FL. They finished No. 16 nationally in the NAIA Final Coaches Poll, after finishing #13 in 2016. The Buffs shot a school record 300 in the first round of the 2017 NAIA Direct Qualifier on their way to that tournament victory.    In six of the seven years of the program, the women’s team has been ranked in Golfstat’s top 50, with a school record #12 ranking in 2016.

Wallingford has been named the AAC Women’s Coach of the Year in 2012, 2015, 2016, and 2017.   He has recruited 11 different players that have earned all-conference honors. Twice, 2011 and 2012, the women were selected as the AAC Champions of Character recipient. In all seven years of the program, his Milligan women’s teams have received National Scholar Team recognition (team GPA over 3.0) with 14 different players receiving AAC All-Academic honors. Ten players have achieved Academic All-American status.

In addition to his golf accomplishments, Coach Wallingford is the all-time winningest basketball coach in Milligan history.   His Milligan teams won over 400 games, captured 9 conference and regional championships and made 3 national tournament appearances. He was an AAC Coach of the Year 4 times. He left the basketball coaching profession in 2009 ranked 14th nationally among NAIA active coaches in wins with 560 wins in 26 years as a collegiate head coach (21.5 wins per season).  Wallingford is a Hall of Fame member of his high school alma mater, Goshen High School (OH),  and his 1999 record breaking Buffs Basketball Team is recognized in the Milligan Athletics Hall of Fame.

Wallingford holds a BA in political science with teacher certification from Washington and Jefferson College (PA) and a MA in secondary school administration from the University of Akron. While at W&J, Wallingford earned eight varsity letters as a two sport athlete in basketball and baseball.