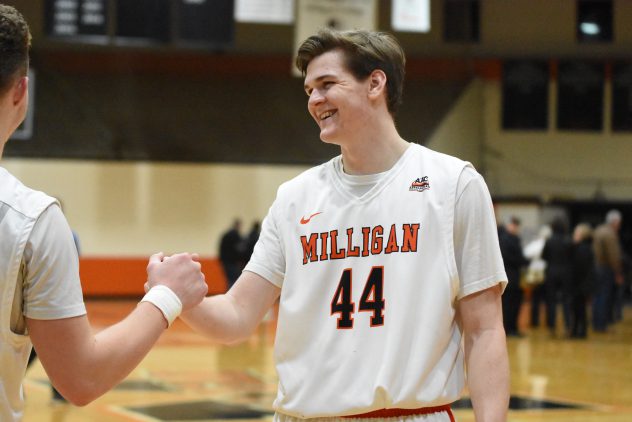 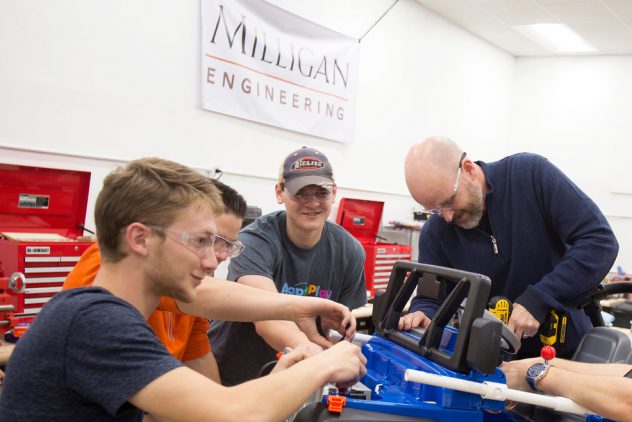 Not only did he earn the 2016 Jeanes Scholarship, the college’s most prestigious academic award, but he has balanced an incredibly demanding schedule as part of Milligan’s inaugural engineering  class and the varsity basketball team, averaging 7.2 points per game and serving as one of the team’s top 3-point shooters.

In spite of all those accomplishments, Pless is a team player at heart.

“Bo doesn’t allow pride to get in the way of what is most important, winning with his teammates,” said Head Coach Bill Robinson. “In addition, he has a sincere faith that he lives every day. Bo is an amazing example of what Milligan looks for in their student athletes.”

Pless’s team mindset has proved successful on the court, and he had an opportunity recently to understand how crucial teamwork is in the “real world.” Last summer, he completed an engineering internship at Eastman Chemical Company, a fortune 500 company based in Kingsport, Tennessee, that employs 15,000 people from all over the world.

“I didn’t work on a single project in which it was just me,” said Pless, who is majoring in mechanical engineering. “Everything is so interconnected you have to be willing to coordinate with people, understand where they’re coming from and then communicate well.”

Pless said he worked on a number of very interesting, but complicated projects, all of which required him to collaborate in some way alongside full-time, professional engineers from multiple areas, as well as maintenance and security staff.

While Eastman offers a number of Milligan students internships each year, Pless’s selection as a rising sophomore in one of these coveted spots was also highly uncommon. There were over 150 interns from all over the country at Eastman last summer, and Pless was one of only two who were starting their second year in college.

He wasn’t the only member of engineering’s inaugural class to land a paid summer internship—nearly half of the program’s rising sophomores secured paid internships and co-ops at corporations like Nuclear Fuel Services, Snap-On and Arconic.

“Our students are being exposed to the ‘rubber meets road’ aspects of engineering,” said Harrell. “This is a totally different learning experience than classroom exercises. Our students are learning how engineers really do their work.”

For Pless, teamwork is how.

“When you’re working on the real deal, like at Eastman, and everyone’s livelihood is at stake, it changes things,” said Pless, who added that the experience changed the way he presents an answer from homework in class or the way he talks to teammates.

“You can’t do it all yourself.”