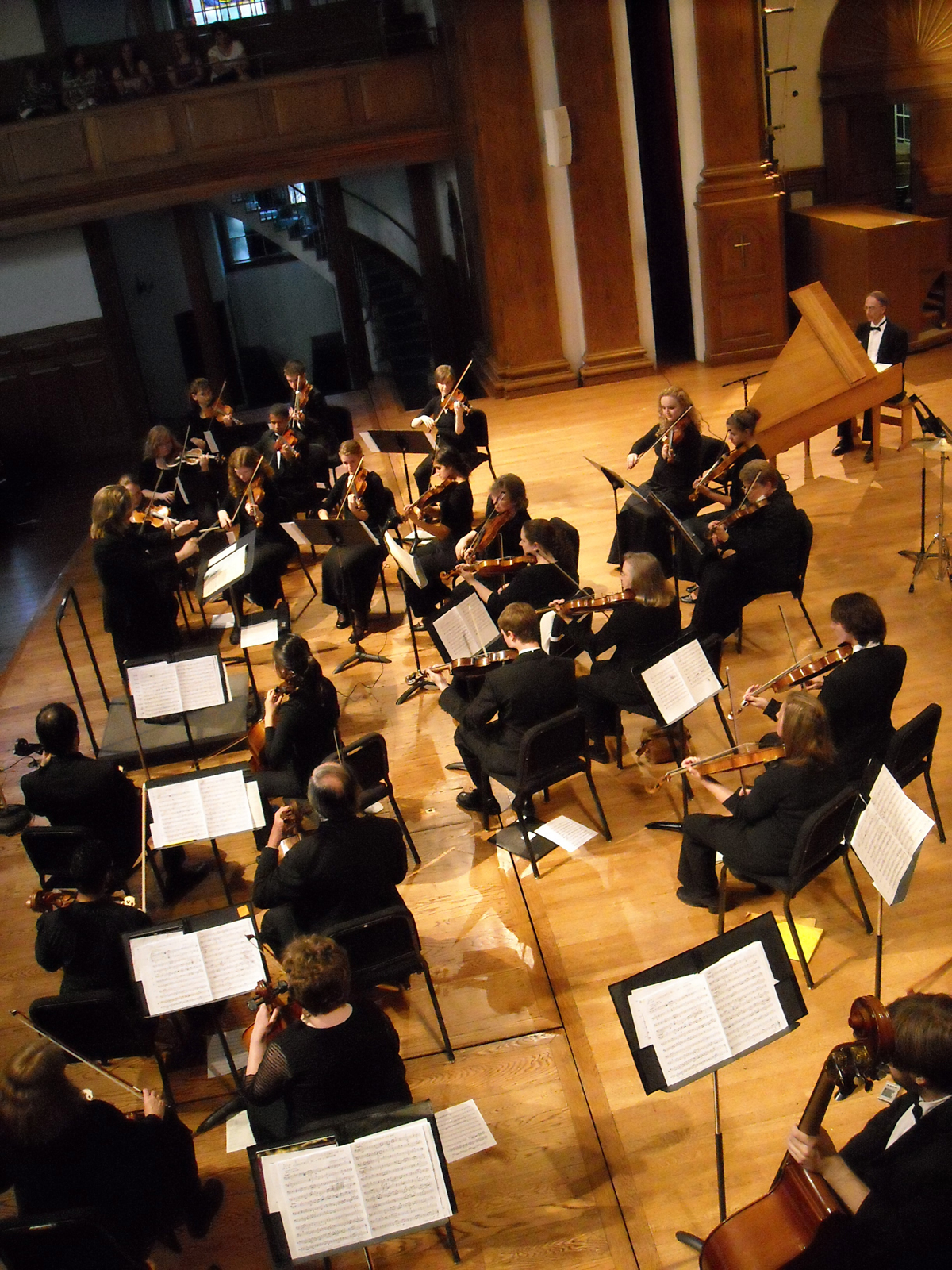 MILLIGAN COLLEGE, Tenn. (April 8, 2016) – The Milligan College Orchestra will conclude its season with its spring concert, “An International Kaleidoscope,” celebrating the sounds and colors of music from around the world, in addition to a performance with the Appalachian State University (ASU) Guitar Orchestra.

The Milligan Orchestra’s performance will be on Saturday, April 16, at 7:30 p.m. in the college’s Mary B. Martin Auditorium located in Seeger Chapel. This event is free and open to the public.

In addition, the concert will feature a performance of “Genesis,” by internationally-renowned composer Kenton Coe, a Johnson City native whose work has been performed or commissioned by acclaimed operatic groups and orchestras around the world.

“We are so excited to celebrate the 10-year anniversary of the original premiere of ‘Genesis’ at Milligan College,” said Dr. Kellie Brown, director of the orchestra and chair of the Area of Music, who sought the work’s commission in Spring 2006 specifically for the Milligan Orchestra. “This beautiful composition musically depicts God’s creation, recounted in the book of Genesis, along with narration by Professor of History Dr. Ted Thomas, for a truly special and moving performance.”

During the first half of the performance, the orchestra will feature music from around the world including “Danzes de Panama,” by William Grant Still; music from the film “Memoirs of a Geisha,” composed by John Williams; a solo performance by senior Laura Mixon, singing the Italian aria “Laschia ch’io pianga,” by George Frederic Handel; and a duet performed by Mixon and junior Riley Prickett, “Barcarolle from the opera “The Tales of Hoffman,” by Jacques Offenbach.

The second half of the concert will focus on the guitar, featuring ASU’s 35-member guitar orchestra, directed by Dr. Douglas James, performing works by Spanish and Italian composers. Milligan’s guitar instructor, James Van Druten, will be the soloist on Vivaldi’s “Guitar Concerto.” Throughout his music career, Van Druten has performed in master classes given by some of the world’s most distinguished guitarists. He also has won numerous awards in various guitar festivals and competitions.

In addition to performing Peter Warlock’s “Capriol Suite,” with the Milligan Orchestra, ASU’s Guitar Orchestra will perform several works on its own.