Morehouse valedictorian to speak at Milligan 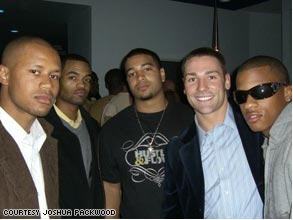 MILLIGAN COLLEGE, TN (October 28, 2009) – Joshua Packwood, the first white student to graduate as valedictorian from Morehouse College, will speak at Milligan College on Tuesday, Nov. 3, in Seeger Memorial Chapel at 11 a.m. He is also the guest speaker at a Diversity Forum later that evening at 6 p.m. in the Fireside Lounge, located in Milligan’s McMahan Student Center.

Morehouse College is a historically African-American liberal arts college for men. Located in Atlanta, Ga., Morehouse has conferred bachelor’s degrees on more African-American men than any other college or university in the United States.

Packwood was the valedictorian of the class of 2008, graduating with a 4.0 grade point average and a degree in economics. Prior to graduation, he accepted a position at Goldman Sachs, a Wall Street banking and securities firm.

Packwood chose Morehouse because of his own life experiences. He was raised in a primarily African-American neighborhood and high school, and grew up with African-American step-siblings. When it was time to choose a college, he believed Morehouse would feel more like home for his college studies. He passed up a full-tuition scholarship to Columbia University (New York City) to follow his dream to Morehouse.

Although not everyone completely supported Packwood’s presence on campus, he said his overall experience at the college was overwhelmingly good.

“What Morehouse stands for at the end of the day, and what Dr. Martin Luther King Jr. epitomized, is that it’s not about black or white, it’s about the content of [a person’s] character,” said Packwood. “It’s about me, representing Morehouse in that light – not as a white man or a black man.”